Teena Singh is presently seen in two web-series, Bar Code and 13 Mussoorie and we have her talking about her experience shooting for them. 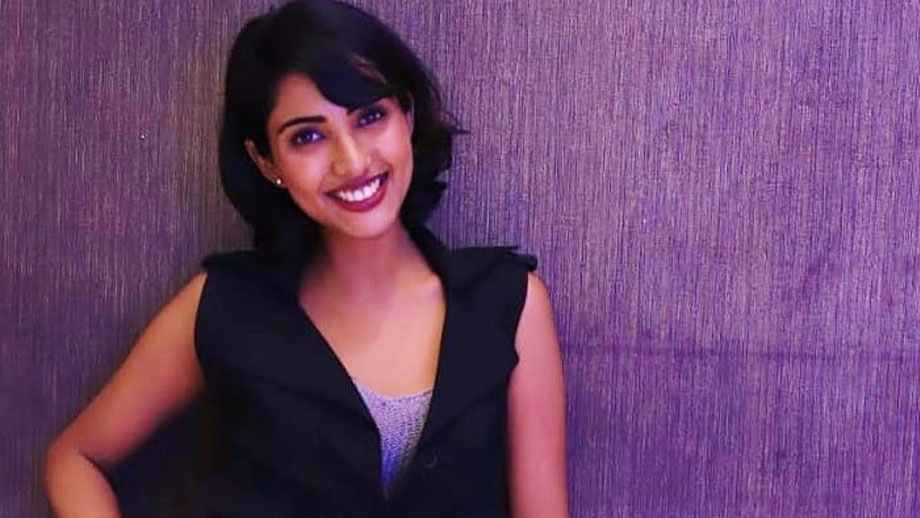 Actress Teena Singh who was lately seen in PopXo series, Unmarried and Bindass’ Tere Liye Bro Season 2, is having a great time, as two of her web-series are presently streaming.

Says Teena, “Bar Code started nearly a year back, while I shot for 13 Mussoorie 3-4 months back. So it is a happy feeling that both series release at the same time. However, both the roles have been extremely different. In Bar Code, I have a special appearance. I play a rich, South Mumbai girl who knows about Akshay’s past love with a girl. When I met the Director Vignesh, he wanted someone with a full-on South Mumbai look and a girl who can fit well into the club ambience space. I think what worked for me in this role is that since I come from a PR and events background, I understood the nuances and details that were the basics for the character. Also, we can easily relate to our clubbing culture that we as teenagers have been through.”

“The story is about two bar owners and as the poster says, it is about their ego issues, their rivalry etc. I am very excited to have started off with Panorama Studios as they are big players in movies. Their publicity and marketing ideas and the way the buzz was generated about the series has been spot on. Both Hungama and Panorama have done a real good job,” adds Teena about her series, Bar Code.

“I was a new actor, just having started out when I was shooting for Bar Code. I was really blown away by the performance of Akshay Oberoi. It was a great experience; I used to sit and watch even when I was not needed for shoot. In 13 Mussoorie, I have evolved as an actor. I am sure that I have become a better actor now. In Bar Code, my hair is much shorter, with my look being very different. Mussoorie has my current look,” she states.

She had a whale of a time shooting in Mussoorie for the Viu show. “The whole unit used to bond so very well. We used to meet in one room, chat up and enjoy. It was great to work with senior actors like Shriya Pilgaonkar and Viraf Patel. They have done lot more work than I have. I was very happy to be in the same boat, learning from them. For Bar Code, since I was new, I used to instinctively perform. But now, I take time to rehearse and get my lines right. This is where Viraf and Shriya helped me out a lot. They never used to shy away from rehearsing with me. They did not probably need a rehearsal as much as I needed it. They were very encouraging in fact. I am waiting for the feedbacks to come for both of my series.”

Teena is busy planning out the shoot for a film. “There are few things in the pipeline. I will talk about it at the right time.”

Wish you all the best, Teena!!

I would have been a little happier if Raikar Case would have released when things were normal: Kunal Karan Kapoor

Check out: Kylie Jenner has posted the most adorable video on Instagram