Who Will Look HOT With CarryMinati: Avneet Kaur Vs Jannat Zubair? TikTok star Jannat Zubair is recognized for her absolute glamour since the time she appeared on the screen. This young lady has boomed the social media to go gaga over her style and looks and all the wonderful pictures that she posts. She’s nothing less than a star and if you look at her Instagram posts, you’ll be in love as well. She unquestionably knows how to win hearts with her astounding acting aptitude and her stunning features. She has been part of some of the best shows and has stunned the audience with her versatile skills.
Avneet Kaur was noticed first as a dancer on the show ‘D.I.D. Lil’ Champs. She gradually became famous as an actress and performances in shows like Meri Maa and Aladdin – Naam Toh Suna Hoga was awesome. She even got an extraordinary recognition for her performance in the film, Mardaani. She has now become a star,  she’s famous as a Youtuber and TikTok star.
CarryMinati a well-known YouTube who started early in age and now is the king of Youtube and ruler of many people’s hearts was seen roasting TikTok stars recently. He is a smart, dashing bachelor and is always in the news.  Here we are trying to take people’s opinions on who will make a good pair with Carry for a video, Jannat or Avneet. Keep the buzz going and vote for your favourite couple or two people you will love to see together. 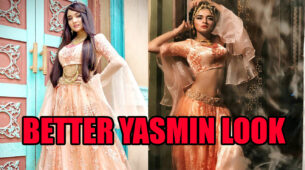 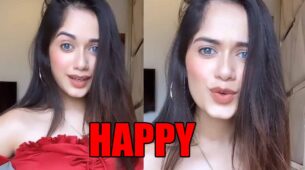