Riyaz Aly is has earned popularity on the Chinese app Tik Tok, as a comedian. Collaborating with other various artists, he is making and posting amazing videos that have earned him the prestigious bandage of crowned Muser bagging title of a great comedian, actor, and blogger. This Tik Tok sensation is posting videos on the app regularly. Here, he has about 14 million fans on this app alone, leaving aside Facebook and Instagram.

His posts are regular on Instagram too where he is doing everything under the Sun to grab the attention of his fans. His fan following reached the remarkable benchmark when he was aged only 15.

Being very young and studying in Bhutan, Riyaz Aly family is very supportive in every aspect. In his spare time, he makes video besides focusing primarily on his education. He dreams to be a successful person in his life. To achieve his dreams, he is working quite hard. Drawing inspiration from fashionistas and supermodels, he has amazing dressing sense and looks that are worth making eyes bulge. His dressing sense compliments his look very well. He looks amazing in his casual wears too; let it be his simple T-shirt and jeans. He can afford to render a red carpet look with the style and Elegance I carry any of his attires.

With his eye-catching looks, the boy is worth giving Bollywood stars and celebrities a run for their money.

Born with the Indian nationality, he is Islamic by religion having 5.6 inches of approximate height. He is an influencer, fashion blogger and Tiktok star who is famous for posting his videos in which he could be found lip-syncing on popular tracks.

He started posting videos of comic strips, lip-syncing on musical videos on the app Musically Gradually his followers increase from all over the world who love his amazing looks and excellent talent that he showcases in his videos. He loves having a photoshoot, travelling and making videos. Raftaar is his favourite rapper and MS Dhoni is his favourite sports person.

His hashtag is #duet with Riaz using which he collaborates with his fans and other stars. As a fashion blogger, he loves amazing hairstyles. Follower the trendsetter and locate him with his popular hashtag. 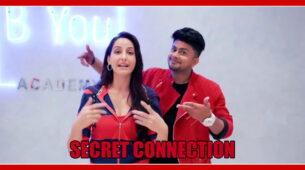 The Secret Connection Between Nora Fatehi And Awez Darbar