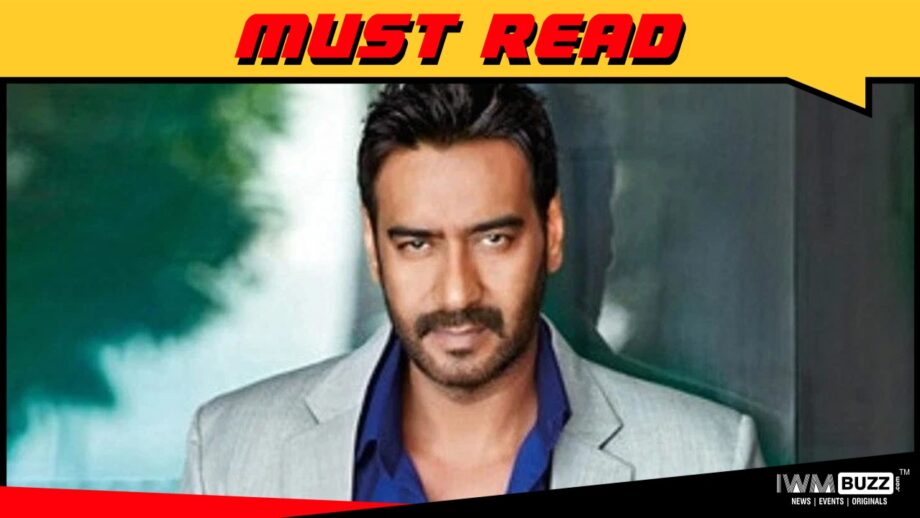 Ajay Devgn is one personality who’s always been a force to reckon with in the Hindi film fraternity. Perhaps, the only actor in the industry who can literally act and express with his eyes and say a thousand words with just his intense look. Ajay has truly mastered the art and craft of intense acting and thrillers.

His voice and dialogue delivery is also legendary. Remember ‘Aata Majhi Satakli’ from his superhit cop-drama ‘Singham’? Amazing, isn’t it?

Well, talking about cop-drama, Ajay is the voice behind the trailer of ZEE5’s upcoming cop thriller titled ‘Lalbazaar’. But unlike regular times when one would give their voice and dub from the studios, the setup was a bit different for Ajay this time.

So when he was asked about how did he actually record for Lalbazaar’s trailer, he said and we quote,

“Well, it was extremely simple. It was as simple as recording it from my iPhone and sending it to the concerned people. I just did that and nothing more. It was different but I really wouldn’t like this to be the new normal.”

When asked further about what excited him to lend his voice for the trailer, he added,

“Well, I have had a long association with ZEE and hence I couldn’t really say no. Besides that, I have a sense of attachment with cop dramas having starred in some myself, Gangajaal, Singham and others to name a few. Also when I saw the trailer, I found it very realistic. Hence, I was very happy to do it.”