With his unabashed, unapologetic humorous take on politics, Kunal Kamra is the stand-up comedian you need to watch out for!

The stand-up comedy fever is real. With so many online as well as live comedy sketches as well as stand-up events having popped up in recent years, the Indian comedy scene seems to truly having taken a flight. 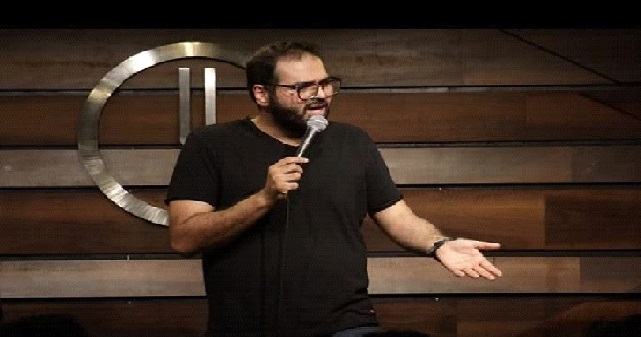 Another comedian who seems to have had a meteoric rise with his edgy, political brand of humor is Stand-up comedian Kunal Kamra. It all began when he uploaded an 8 minute video of him that went viral on YouTube talking about the government and patriotism. As much as the video was loved by the masses, he always became a target for threats.

Mumbai lad Kunal Kamra was 17 when he decided to drop out of college to work. He took up an internship at MTV and worked in the production department. A year in, he joined the Prasoon Pandey’s Corcoise Films as a production assistant where he continued to work for six years. Until then Kunal was involved in international shoot, produced commercials for big brands and conducted high-powered meetings with representatives of big media organizations. Although it was only when he was three years into the job and earning handsomely did he tell his parents about discontinuing college.

It was 2013 that Kunal had his first encounter with stand-up comedy. It was his friend who suggested him to try it out. He ended up doing his first unofficial gig at a Blue Frog event when the main act was sinking down and he was asked to step in.

In the same year, he did his first professional stand-up comedy show at Mumbai’s Canvas Laugh Club which the audiences loved but Kunal claims that was only because everyone else was bad.

Since then Kamra has taken to comedy as a full time profession and is quite a regular on the stand up circuit. He even started his YouTube podcast ‘Shut Up Ya Kunal’ in 2017 in collaboration with his friend Ramit Verma. The podcast comments on politics and has had politicians and young leaders as guests.

Kunal has managed to amass quite a huge following in only a few years and with his bold, unapologetic comedy style there is looking back for this stand-up comedian.