Faisal Shaikh, who is prominently known as Mr Faisu, was an Indian TikTok star, but we miss him now on the platform, as it got banned. He is likewise a model and a well-known influencer. The champ has earned a huge fan base in the nation from TikTok and social media! He is quite famous, but speaking of his fame, do you know how he became famous in the country! Well, let’s take a look at what the artist himself said about it on his social media.

“I grew up helping dad run a small nightie business. The work was demanding & the pay was too little. So, at 21, I got a job as a salesman on Linking Road. For ₹50 a day, I spent 9 hours in the heat & threw myself at passersby to buy clothes.”

He continued, “I was still in college, so I’d wake up at 6, attend lectures, work & then come home at 12 AM & sleep for 4 hours. Life was hard–I’d cry because we couldn’t afford mom’s medical bills or dad’s treatment even after we sold my bike & begged for loans. I then got fired from my job at a perfume brand because I dropped a bottle worth ₹12000. No matter how hard I tried, life got harder.”

He added, “But I didn’t have time to wallow–I found a new job & added on another hustle–creating fun videos online. I began making 14 videos every day for a year–on my way to work, during lunch breaks or even when I was sick. My friends & I’d dance & lip sync to songs.”

He also said about his struggles, “Before I knew it, students began recognizing me & customers at work knew me as the ‘guy who made Tik-Tok videos’! But my parents wanted me to get an MBA, not be an unpaid ‘hero’ & my relative thought ‘ladka barbaad ho gaya’.”

When he started earning fans and views, “I knew I was on to something big when one of my videos got 10 million views in 2 days. I got invited to events where fans showed up in huge numbers. Once, I uploaded a photo inside a hotel & 2000 people showed up there.”

He said how he became famous in India, he said, “I even starred in music videos that got over 100 million views & was a part of India’s biggest fan fest. People knew me wherever I went! But I didn’t take it seriously until I launched my personal deodorant brand on Instagram–in 30 minutes, we got 5000 pre-orders & in 2 hours, we sold out! I can’t believe I’m living the life I thought was impossible–I’m doing what I love, traveling to places I dreamt of & giving my family all they deserve. Recently, I got my sister married in the most ‘dhoom-dhaam’ style & now I’m buying a new home for us.”

He finally noted that “I never imagined that I’d go from earning ₹50 a day & selling my bike to being able to buy my family a BMW in 1 year. I think hard-work makes the universe deliver in mysterious ways. That’s how the same boy who was fired for dropping a perfume bottle now owns a deodorant brand that’s sold out by the millions.”

Also Read Mr Faisu vs Riyaz Aly: Who would you love as your TikTok partner? 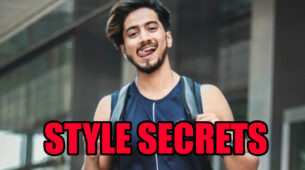 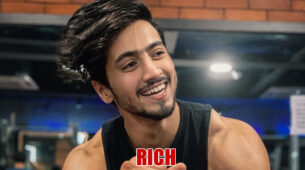 Find out: Combined net worth of Faisu and Jannat Zubair