Over the past year, ALTBalaji and ZEE5, two of the country’s leading homegrown platforms, have given a host of new and upcoming talent a chance to debut in their originals. This growing trend gets yet another addition to the list as Saloni Vora is all set to make her foray into the digital space with ALTBalaji and ZEE5’s upcoming offering Bebaakee, all set to stream this July. Over the past few days, the show has been in the news for all the right reasons owing to its talented star cast that features the likes of veteran actors like Ananya Khare, Suchitra Pillai, Krutika Desai. The show also features popular stars including, Kushal Tandon, Shiv Jyoti Rajput and Karan Jotwani in the lead roles.

All set for her maiden bow in the OTT space, newbie Saloni Vora will be seen playing the role of Falak Sahni, a soft-spoken romantic girl who is full of ideas and poetry. She also bears a striking resemblance to her mother, Tahira Sahni. As one of the three Sahni daughters, Saloni will play a sister to the lead character Kainaat played by Shiv Jyoti Rajput.

All excited for her first web series, an elated Saloni says, “I feel blessed and delighted to get a chance to debut with Bebaakee. With such a great story and an amazing ensemble, I really couldn’t have asked for a better start. My character Falak in the show is extremely feminine and has different layers to her character. She’s someone that I can relate to some extent. I have put a lot of heart and sincerity into the role, and I am sure the audiences will love my character.”

The story of Bebaakee is based on the lives of Kainaat Sahni and Sufiyaan Alqazi, two contrasting characters with strong personalities. Kainaat is a simple and happy-go-lucky girl who has her goals firmly set in her mind, while the guy hails from a rich family. Their love for journalism sees their paths collide, leading to the pair feeling a high sense of chemistry between themselves. The puzzle arises when the duo simply cannot seem to figure out if this vibe between them is going to be followed by love or hate. What follows next is an unforeseen chain of events that begins to shake Sufiyaan’s close-knit family and their business.

Also Read: I chose to be a part of Bebaakee since it gave me the chance to be part of an ALTBalaji show for the second time: Kushal Tandon 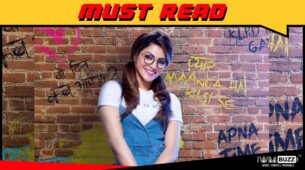