Maanvi Gagroo is happy with the feedback got on her new web-series, The Good Vibes and talks about its concept. 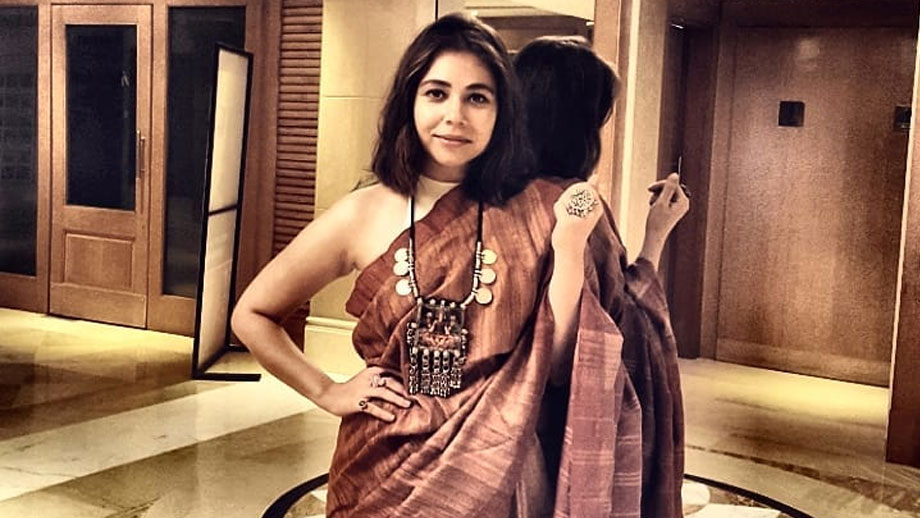 Web series A-lister, Maanvi Gagroo of Pitchers and Triplings fame, is quite excited about her new Sony Liv and YouTube web series titled The Good Vibes, which focuses on a married couple, involving her and Naveen Kasturia (Alt Balajis’ Bose fame).

“Bohemian Films took great pains to ensure that my character does not appear negative, as she keeps asking her between-jobs husband to get serious in life,” she says.

“Interestingly, she has no qualms about earning while hubby takes care of the house. The issues are created by outsiders. Had they both not been on the same page, their marriage would not have lasted nearly one year. She feels she is being forced to keep defending him before friends and family, and he is not really helping matters by partying 24*7,” Maanvi adds.

“In a way, our show is also encouraging the new gender-neutral norms, which takes away the burden from the man to run the kitchen, albeit in a non-preachy manner. Having said that, hope a time comes when all men pitch in with daily chores. Sadly, even today, a working woman is expected to cook after office. Society yet does not give domestic work its due; had our mom not done this job so well, our father would have crashed,” says psychology grad Maanvi, who first began her acting career with a Disney show, Dhoom Machao Dhoom, in 2008. She had also been part of movies like No One Killed Jessica and PK.

When asked about the nonstop party angle and whether it was good, she says, “To each, his own; as long as it does not affect your work, it is fine. When you are a teenager, you don’t mind the hangover and the belching, but when you grow older, you want to give work more priority. So, you not only control the number of drinks, but even come home by midnight.”

“In my case, I don’t party if I have to shoot the next day for it shows on my face. But yes, I don’t mind if I just have to go for a meeting or costume rehearsals.”

“That is the best part of web. With projects being short and sweet, you have enough time to play different kinds of characters.”