Karan Wahi talks about his work on the digital space in a conversation with IWMBuzz.com Karan Wahi, currently anchoring Dance India Dance on Zee TV, will soon start shooting for one more web series for a big OTT Platform. “I am back in Mumbai, prepping for the same. As per plan, the makers should soon make the formal announcement after which the cast will be free to talk about it.”

Interestingly, Karan, who was last seen in an episodic of Voot sexual fantasy show, Fuh Se Fantasy, was supposed to have started shooting for another ALTBalaji web series in Jalandhar by May end.

“However, that project is on hold for the moment. I am not aware of the internal reasons. Also, now with heavy rain all over India, it seems difficult for things to start quickly as we have a lot of outdoor shooting. I am in touch with the producers and whenever things will start flowing, will mutually work out fresh dates.”

“I have really loved the above concept, which will surprise you if and when it is out. It is very important for an actor to do different kind of roles.”

Karan is also waiting for Independence Day for Sacred Games 2 to hit the www airwaves. “Although I only had a small character, it was noticed big time. Hope it does well again, for that will open the seasons vista for Indian content as well. Don’t we all wait for future seasons of international shows? Agreed, there is debate about which was better but that is the fun part.”

Ask Karan whether there could be a season 2 of Bar Code, where he played the main lead along with Akshay Oberoi, and he says, “Yes, we did leave season 1 open-ended, but now it depends on the channel, which is Hungama, if they want to bring it back. We, the cast, and the producers are more than willing.”

“Had Bar Code, which released in 2018, come before Sacred Games, it would have been received much better, for the above Netflix series completely changed the digital ball game. When our night club series was being planned, our budget seemed too much. But now you have come to a point where you have to spend on showing grandeur, which was not the case before. Our series took a lot of time in the making, for we did not want to leave any stone unturned.”

“Bar Code and Sacred Games helped me come out of the sweet, boy next door image that had been my calling card for years,” he ended. 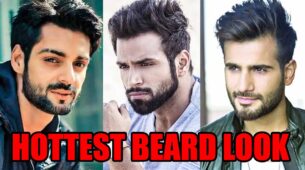 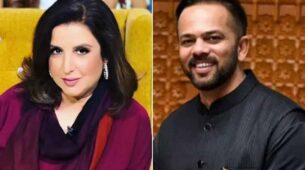