Chandrachur Singh who is presently seen in the Hotstar Specials series Aarya gets into an exclusive conversation with IWMBuzz.com. Aarya the Hotstar Specials series directed by Ram Madhvani has been a huge success story. The family thriller series starring Sushmita Sen, Chandrachur Singh, Namit Das, Sikander Kher and others has been a visual treat for the audience on the digital platform.

Chandrachur Singh the seasoned Bollywood actor plays the central role around whom the major plot develops. A loving husband, a great father, Tej Sareen is at the outset of leaving behind his illegal profession for his wife and kids when tragedy strikes and he gets killed!!

In an exclusive conversation with IWMBuzz.com, Chandrachur Singh talks about his experience and journey of being part of this successful series.

Says Chandrachur, “I am happy that Ram thought of me for this role. I have had a great time working on this series. It is a good feeling to be featuring on a big OTT platform. Overall, it has been a pleasant experience. One learns a lot with such new experiences.”

“Sushmita and I were to work on a project together many years back. But that did not happen. It was a great experience to work with her. I was destined to be part of this series and it feels good.”

“The best part of the shooting process was that there used to be one-take shots. It was a very big happy-family kind of an ambience on the set. We were called by our screen-names and the kids in the series, used to call us mama and papa,” says the actor.

Talking of his role, he states, “Tej is a victim of circumstances. It is a multi-dimensional role. He is a loving father, a loving husband. The character had many shades. He loves his family but is also highly professional at the same time. The best part was that we were not aware of what the outcome was to be from every scene. So shooting with the edginess in the storyline prevailed was indeed challenging.”

Talking of Ram Madhvani, Chandrachur tells us, “He is such a fine human being and a wonderful artist. After so many years of being in the industry, it was great to be working with him. It was a wonderful team to work with, and a great ensemble cast put in place. After pack up, we used to have dancing sessions and we simply had a great time.”

“Even before the lockdown, people used to watch a lot of stuff on the OTT. For an actor, the best part here is that one gets to play very diverse roles. There is no fear of getting typecast in such roles. The whole feel of shooting these series is so good. The platform of the web is an exciting place to be in and I will love to be part of it.”

Also read, Aarya has to be my best working experience till date: Sikander Kher 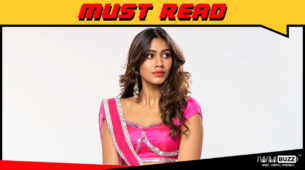 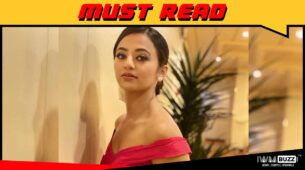