Avneet Kaur and Jannat Zubair are queen of beauty Avneet Kaur(18) and Jannat Zubair(17) are one of the youngest actresses in the industry. They are both beautiful and stunning actors with Instagram followers in millions.

Avneet Kaur started her career in dancing by participating in Dance India Dance Li`l Masters and Dance Ke Superstars as a contestant. This hot youngster made her acting debut in with Meri Maa, playing the character of Jhilmil. She is an amazing dancer.  Currently she`s playing the role of Princess Yasmine in Aladdin- Naam Toh Suna Hoga which increased her fans in a shorter period. Her acting is really impressive. She has gained a different fan base for coupling with Siddharth Nigam. She is also spotted in different advertisements.

Jannat Zubair started her career in 2009. She became well known through Colors TV`s Phulwa in 2011. This astonishing young actress recently did her lead role in `Tu Aashiqui`. She was spotted in 2018 in film Hichki. Her acting and hotness made her win awards of best debut and best child actors of Gold awards and India Telly awards respectively. She has also gained followers by her TikTok videos.

Both the actresses are glamorous in their own way.

Who do you think is the hottest?

These SEXY Pictures of Avneet Kaur Will Leave You SHOCKED

Have you seen Avneet Kaur's new sexy photos yet? 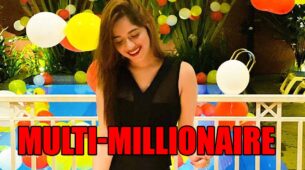