On the off chance that you are an admirer of OTT content in India, there’s definitely no chance you have missed Mirzapur on Amazon Prime. After a standby of very nearly two years, the group of Mirzapur has at long last shown up with the subsequent season and it has been already released on prime on 23rd October. Be it some loud brutal scenes of firearms and gunfire or some truly hot, sexy and wooing scenes, this one featuring stars like Ali Fazal, Pankaj Tripathi, Shweta Tripathi Sharma, Divyenndu Sharma and Rasika Dugal is a super hit, no wonder!

Talking about hot scenes, while we are talking about Mirzapur, the series has aroused us to the core with its hot and steamy scenes, just like Mirzapur 1, the second season is no far from wooing us with their hot scenes!

And today, we are here with the hottest scenes from the second season of Mirzapur, here are some videos and pictures, check them out and let us know if you got chill all over after watching it. 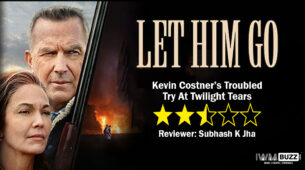