Namit Das who will be seen in Hotstar Specials’ series Aarya gets into an exclusive conversation with IWMBuzz.com. Namit Das the talented actor will be seen in a never-seen-before role in Ram Madhvani’s magnum-opus series on Hotstar Specials, titled Aarya. The series has a stellar cast that includes Sushmita Sen, Chandrachur Singh, Sikander Kher, Ankur Bhatia, Namit Das and others.

Talking on his role in Aarya, Namit states, “It is a great role, with a great cast and a great team. Above all, it is a great show. People have not seen me much in this kind of a role. So the negative role that I play is what is keeping my fans interested and intrigued. I play the character of Jawahar and he’s opposed to everything that Aarya stands for. And that’s what drove me to do this part. And when I read the script, I was wondering why they wanted me to play this role. I have played so many lovey-dovey comedy roles so far that I did not place myself in this role. However, Ramji had full faith in me doing this and I jumped into my negative side.”

“It would have been very difficult if I had not worked with my Director and Creatives in carrying forward this role. They made me feel that I was born to play this role. It was actually teamwork and had a lot to do with actors who were living the moment with me in the scenes. In this process, it made things so easy for me. And people on the set started calling me as Jawahar. And it is such a beautiful feeling to be called by your character’s name. The beauty of Ram Madhvani’s story is that everyone on the set was living that story.”

On working with stalwarts, Namit says, “It was a complete privilege to be with complete professionals, who are legends in their own right. Sikander Kher, Sushmita, Chandrachur, Manish, Ankur, Jayant Kriplani, Flora everyone was so good. It was easy for me to join the bandwagon and leave for the party and journey which was very satisfying.”

On working with the icon Sushmita, Namit expresses his thoughts, “Sushmita is such a fiery person. I have always had a crush on her. When we started shooting, I was a bit scared. But the moment I met her, she eased it out for me then and there. That was when I realized that I am in the company of a true professional. She has child-like energy and I got inspired by her.”

Working with a Director like Ram Madhvani was again a dream come true for Namit. “Ramji is an intuitive and sensitive human being. He works in an extremely organized team.”

Ask him on how he tackled the role of Jawahar and Namit spells out his mantra, “I was trying to do whatever I was not. I am not at all like Jawahar. So I went in the opposite direction to who I am in every capacity. The idea here was to find mannerisms and go to the other extreme.”

Namit simply enjoyed being part of the action sequences in Aarya. “There are a lot of action sequences in it. It was really huge as I have done some minimal amount of action in Kaushiki and Ghanchakkar. But here it was solid stuff. I do not want to reveal too much, as it will reveal the story. Fights here were very technical and very dance-like.”

Ask him about his expectations from Aarya, and he avers, “I don’t expect anything. I know for the fact that Aarya will do very well. You expect something from where you are not that confident. I am not even thinking twice with respect to Aarya. It is an edge of the seat thriller and at the end of the day, it is a who done it project as well. We have 23 primary characters and it is a very big show and people are going to be entertained a lot. You never know where the twist will lead you to till the climax.”

On future projects, Namit Das quips, “I have a show called Mafia on ZEE5, which will be a psycho-thriller with a young cast. The one thing which I have been waiting for a year now is Suitable Boy which will come in late July or August. So I have a plateful of really meaningful things.”

Last but not the least, ask him about the lockdown phase and he states, “People have been approaching me for different things even amidst the lockdown. But let’s see how the unlocking phase is for us. Lockdown is treating me the way it is treating everyone. Nobody is being spared by it.” 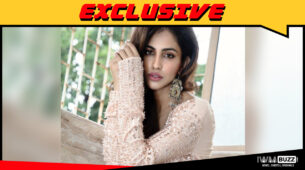