I will kiss only my hubby on screen: Hunar Halle | IWMBuzz
Subscribe Now
Digital | Celebrities

The actress is set to work in a web series… 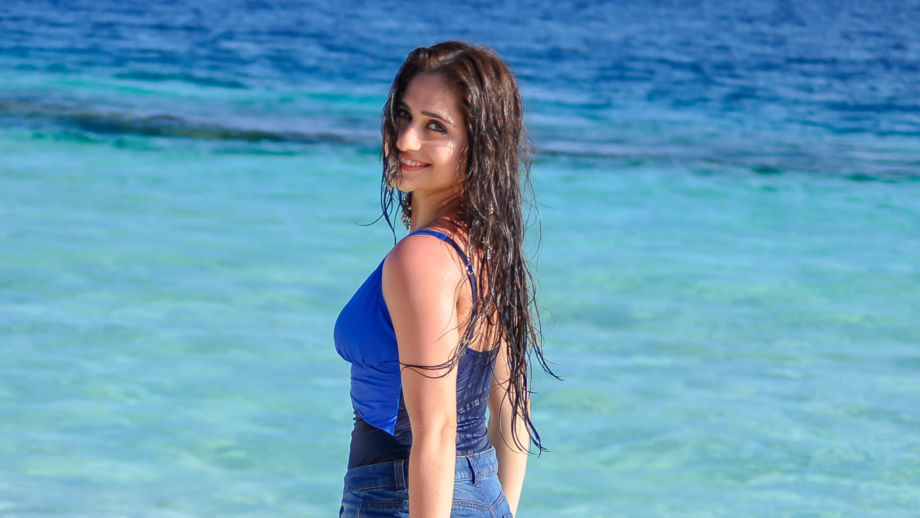 Hunar Halle, who had impressed one and all with her performances in Chhal — Sheh Aur Maat and more recently in Star Plus’ limited series Dehleez, will soon be back with a web series.

“After my month long stint in Thapki Pyaar Ki (Colors) which ended after the channel decided to close the 5 pm slot, me and my husband Mayank Gandhi, who runs an entertainment company, are working on a kickass digital concept. I will play an important role in the cast. It is too early to share details but yes, it has comedy and most importantly it will not just have sex and sleaze which dominates web today,” says Hunar.

She continues, “I want to make something similar to Amazon Prime’s Inside Edge starring Vivek Oberoi and Richa Chaddha which is an interesting mix of all elements.”

Talking about the benefits of web, Hunar who started her career with Kahaani Ghar Ghar Kii in 2007, says, “We can play around with stories and characters which we can’t do on TV due to censors.” However she will never kiss on screen, “Why should any other guy get that chance?. I will only kiss my hubby on screen.” She will never kiss a girl also.

Hunar, who is also looking at regular TV shows as well, avers, “I had been short listed for Life Ok’s Chandrakanta. But the channel decided to end the show before our new story could kick in. There is one more fresh project, which I have been approached for. Our company is making something good for TV, which I might be a part of as well; so lots to look forward to.”

Unlike others Hunar is not very critical about the current level of TV content. “Let’s face it this is what sells, so why crib? TV is changing as well, today we have limited series. If they work they are extended e.g. Naagin which was originally planned for 20 episodes, is now in its second season.”

“Dehleez was a not a runaway hit, so it had its run. I don’t let such things weigh me down. Success or otherwise is not in our hands. I always choose projects based on my instinct, opting for interesting scripts where I can add my bit. I am very glad to have chosen 12 /24 Karol Baug, for even now I am remembered for my efforts in that Delhi based show both by lay people and other fraternity members.”

Hunar, we wish you luck!!