Do You Know the Combined Net Worth of Aladdin Co-Stars Siddharth Nigam And Ashi Singh? | IWMBuzz
Subscribe Now
Digital | Celebrities Siddharth Nigam began his acting vocation as a kid in 2011 with Bournvita advertisement. After that, he made his debut in the Bollywood with the film ‘Dhoom 3’, where he played the role of young ‘Sahil/Samar,’ as in the young avatar of Aamir Khan. After Siddharth’s effective presentation in the film, he appeared on TV with the portrayal of ‘Young Rudra’ in the mythological series ‘MahaKumbh: Ek Rahasaya, Ek Kahani.’ which was channeled by the Life Ok channel. As of now, he is a pivotal part of the show, Aladdin-Naam Toh Suna Hoga playing the role of Aladdin.

Siddharth Nigam is an astounding actor in the Indian media business. He charges around roughly Rs. 40,000 per episode. Siddharth Nigam’s net worth is of $4 million, 2020. Siddharth Nigam lives a luxurious celebrity lifestyle in Mumbai and has purchased a grand black BMW 5 series car, recently.

Ashi Singh is one of the popular TV Actresses. She is recognised more for her role as Naina Agarwal in the Sony TV arrangement Yeh Un Dinon Ki Baat Hai. She picked up notoriety featuring in Indian TV shows, as Trisha Krishnan. As of now, she is playing the role of Yasmine in the serial, Aladdin-Naam Toh Suna Hoga, where she replaced Avneet Kaur. 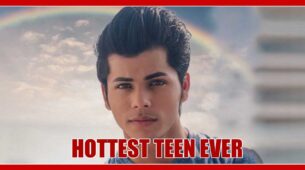