With the emergence of digital era, came new form of idols that we look up to now namely YouTubers and Social Media Influencers. It has not only given a platform to many young artists to showcase their talents but also given them an opportunity to reach new heights, like never before.

One such social media platform that has taken the country by storm is the musical app Tik Tok. With its millions of users of all ages, no wonder many young faces got a chance to go viral on the net and become overnight celebrities.

Among the many popular faces, Tik Tok star Manjul Khattar is one of them. Only 20 years of age, the guy has managed to amass over 3 million followers on his Tik Tok account alone.

After posting cute and funny videos of him lip-syncing, he started his own YouTube channel wherein he now uploads comedy skits.

With his boyish looks and handsome face, Manjul Khattar has gained quite a female fan following on the internet. Apart from having a fun personality, the guy also knows how to dress to impress. That’s not it, he is also a good singer and can play the guitar as well. Yeah, we are definitely swooning!

His rise on the internet as the cute boy-next-door is fascinating to watch. Thanks to his legion of social media admirers and of course talent, it is rumored that Manjul will soon be seen making his Bollywood debut. How Rich Is Manjul Khattar? 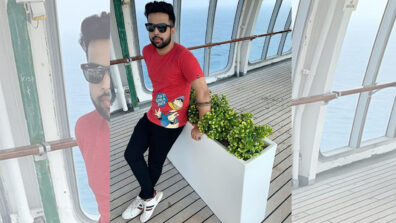 Avneet Kaur: The Web Star With An X-Factor