Marzi 2 is in the making and I am excited for it: Pavleen Gujral | IWMBuzz
Subscribe Now
Digital | Celebrities

Pavleen Gujral who was seen in the role of Rashmi in Voot Select’s Marzi talks about her role in the series and much more. Pavleen Gujral the talented actress who is known for her portrayal in the film ‘Angry Indian Goddesses’ has recently had a good outing on the digital space.

After ZEE5’s Parchayee and Amazon Prime Video’s Made In Heaven, she played a very different de-glam yet sensitive role in Voot Select series Marzi.

Working with actors Rajeev Khandelwal, Aahana Kumra and Vivek Mushran gave her a lot of learning. “Marzi was a great experience. I thoroughly enjoyed the experience of working with actors who know a lot. It was a great script and working with Bodhi Tree and Viacom was good. Rajeev Khandelwal was so into his character of Dr Anurag Saraswat; he was a totally different person when he stepped into the shooting spot. Aahana used to switch into and out of the character easily. It was fun shooting with her. Vivek Sir was more like a buddy, and we actually carried forward our friendship from onscreen to off the screen too.”

“Playing Rashmi in Marzi was a great experience. I took it up as I primarily loved the script. The series was an adaptation from the BBC Original Liar. The character of Rashmi was so good that it saw an upward graph in the series.”

Ask her about the possibility of Marzi 2 and she states, “Yes, Marzi 2 was to happen. But now with no shoot happening owing to the COVID-19, we do not know when things will get normal. I was to shoot for Made In Heaven 2 too.”

On Marzi 2, she explains, “Marzi 2 is being taken from Liar 2. So obviously there will be a fresh cast coming in along with the old characters. Let’s see how it pans out.”

Pavleen has a few digital projects as well as films lined up for release as well as shoot.

Also read, The best part about the web is that it is not censored: Pavleen Gujral

Here’s wishing her all the very best!! 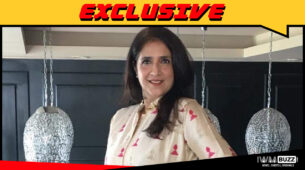