With widely praised films like Manto and well-known web arrangements like Mirzapur and Delhi Crime added to her repertoire, it’s fine to state that 2018 was Rasika Dugal’s year. The entertainer who has been in the business for 10 years is known for her eccentric roles and fine acting abilities.

She typifies her characters and makes them hang out such that the crowd may overlook her name yet never the character she played. Yes! That’s how impactful her act has been all the time. She is a talent-hub, but besides her artistic tint, she has been grand at academics too, a Mathematics graduate and later she did diploma in acting. She has struggled for several years in the industry, which is usual for any outsider, she played different roles in several films altogether and eventually got the chance to hit it hi-fi! And she is absolutely WORTH it!

But with all that, we can’t deny how spectacular she looks in everything that she wears, and recently we are awestruck by her one-shoulder multi-coloured oversized gown that is giving her a distinctive look altogether. 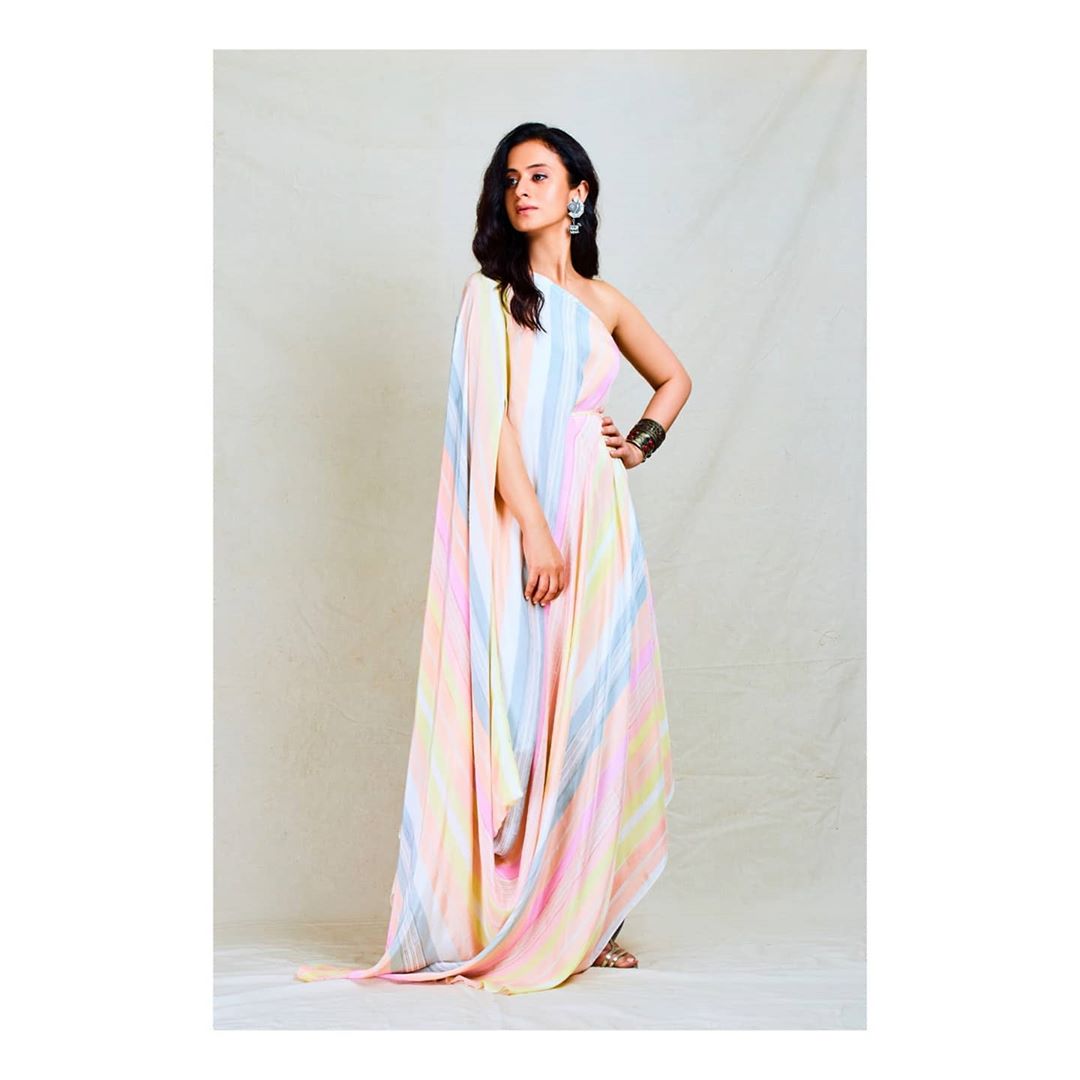