Mithila Palkar is adorable personified. She’s mostly known for Little Things season alongside Dhruv Sehgal and she’s a stunner for sure when it comes to the digital space. The actress also ensured that she makes her presence felt in Karwaan with Irrfan Khan which is never an easy task. Mithila recently won the award for the ‘Most Popular Actress In A Web Series’ at the MTV IWMBuzz Digital Awards 2019. Here’s what she has to say on the award – 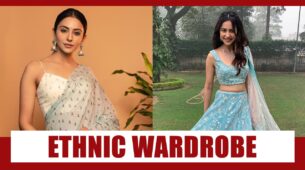