Check these YouTube videos of Carryminati, Beer Biceps, Be Younick Ajey Nagar, the roast king, ideally known as CarryMinati had started his excursion as a gamer, he used to exhibit his gaming abilities in his channel and increased a humongous fan base in the virtual world, later he presented himself as CarryMinati and began making Roast videos. His recent video TikTok Vs YouTube has gotten a significant hype on social media, which has also propelled to dropping down in ratings of TikTok, after the video, was taken down.

Ranveer Allahbadia also is known as Beer Biceps is a well-known social media influencer, he is a famous YouTuber, whose channel deals with fitness videos and diet. Ranveer joined YouTube back in December 2014 and has reached 2.58million subscribers till date. Ranveer came to notice of the viewers after his grand transformation, that is his weight loss journey, he lost quite of a pound and now is the most adored hunk on the Internet. And he inspired so many people struggling with weight loss, he came out with different workout and diet plan on YouTube to help out fellow fitness enthusiasts. The young boy has also launched Monk Entertainment which deals with various brand marketing and others, in 2018 and after that, it was never a look back for him.

Nikunj Lotia also known as Be Younick, has wowed us with his sense of humour since he started off his YouTube channel. He named his channel “Be Younick” and the name has gotten decent praise for its subscribers. The YouTube channel has earned more than 3 million subscribers and counting. He at first, didn’t upload the video because his closed ones told him not to, also He worked as a bartender to pay his bills as he was completely broke. Be Younick has always believed in quality over quantity. We love to watch his videos on a repeat mode.

Here are some of their videos that would make you laugh really hard. 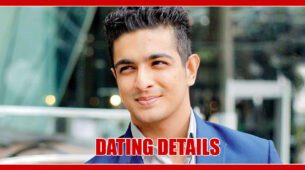