TVF Pitchers’ fame Naveen Kasturia has had the filmiest yet the most relatable journey. Read more to know… You might remember him as Naveen Bansal from the super popular web series TVF Pitchers. The mega success of this show not only started the emergence of web series in India but also bought into limelight a fresh wave of actors. One among them is Naveen Kasturia.

This Delhi lad’s journey into the acting world was actually accidental. Even though he was fascinated by movies from an early age, like many of us his obvious career choice was engineering. And so he went ahead with it. Even while in college, he wrote and directed plays. Once graduating, he soon snatched up a job at J.P. Morgan with his talent. However, six months into it and Naveen was not feeling satisfied and happy as one should in if they follow passion; relatable much? So he decided to quit and pursue his dream, which no, still wasn’t acting! Naveen wanted to start directing and so after much deliberation, he landed in Mumbai. When he was meeting people for work, a colleague introduced him to a guy from a production house and they offered him the Assistant Director position. Naveen has been an assistant director for Jashnn and LSD- Love Sex Aur Dhokha, and he strived to learn everything there was to direction.

He has also done acclaimed films like Sulemani Keeda, where he played the role of Dulal, and Hope aur Hum, and time and again he has put his best foot ahead, winning accolades and hearts on his journey! He is an actor par excellence and a paramount of talent, who is instrumental in redefining the digital space and making us fall in love with characters like TVF’s Naveen Bansal. 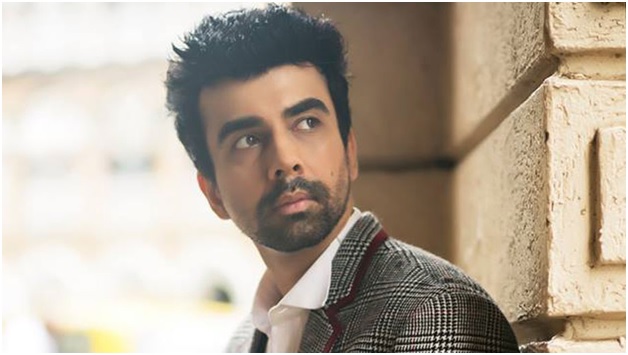 Actor Naveen Kasturia has given more than his 100% to Thinkistan and even learnt a new dialect for the show, which we reckon was no easy feat. He plays the role of a Hindi speaking junior copy writer, hailing from Bhopal, and we think we are in love with this character already!

Naveen Kasturia may have been an accidental actor but as they say, fate and destiny also have a part to play in one’s life and we think everything about Naveen just spelled out star.