Abhishek Kapur who will be seen in the MX Player series Lockdown Rishtey talks about his experience. Abhishek Kapur the talented actor who is presently seen in Zee TV’s Kundali Bhagya recently had a wonderful experience of shooting for a short film during the lockdown.

The storyline is about a guy who lives in Singapore and he comes down to Delhi to be with his family for a few days when the lockdown happens. The story will deal with the dilemma of the guy who would find it really difficult in adjusting into a joint family after coming from the lifestyle of living alone in a posh four-bedroom house abroad.

Says Abhishek, “It was a beautiful experience of shooting for this series during the lockdown. Shooting the scenes from home, keeping in mind the story flow and the camera angles were new learnings for me. It tapped more into the comic element and I had some great scenes to shoot. This is a total family-oriented story wherein emotions play a big part. At the end of it, the guy realizes how important it is to have emotions towards the family. It was indeed a challenge to shoot from my iPhone. At the end of it, it has been a very satisfying project for me.

Also read, Would Kundali Bhagya actor Abhishek Kapur date a fan? Here’s what he has to say 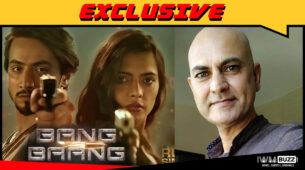