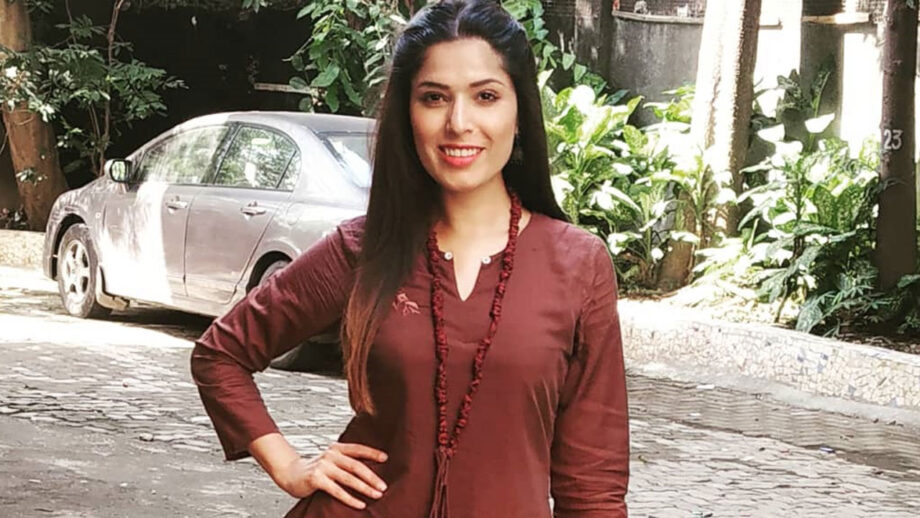 “The best part is that playing the role of the cop’s wife, which is quite non-glamorous, gives me a chance to show off my acting chops. Many other girls just want to look pretty in the www format, but I want to chart a different path.”

“Since our gangland/encounter story runs several years on screen, I have got to play both, a young gal and a mature woman. Also, my character is not one-dimensional, having overall twists and turns to her journey. I don’t want to say more. Why Don’t you watch and find out for yourself.”

How bold is your character?

“There is no nudity whatsoever, everybody is fully clothed. ZEE5 normally does not have such stuff. But now since they have allied with Alt Balaji, you never know how things will pan out.”

Sonam, who also had a small character in John Abraham-starrer Batla House, says, “Most of my scenes in Rangbaaz were with Sushant Singh sir. At first I was a nervous, for sir had quipped, you have got me a very young on-screen wife. But later we got along with each other and there was great on-screen chemistry.”

“I also had scenes with Mohammed Zeeshan Ayub (Raees fame). He is a very funloving and jovial person off-camera. His character was quite serious in the show.”

Sonam regards her shooting experience with this Jar Films unit as the best. “It is a very professional and down to earth unit. The director, Bhav Dhulia, having seen my audition, let me do my own thing.”

“Here I will add that senior industry people are much more humble on set than TV actors, who throw attitude at the drop of a hat.”

Sonam, who has been around for many years, was first noticed in the Zee Zindagi show, Aadhe Adhure. She was also a part of the awardwinning Marathi film, The Silence.

Looking ahead, Sonam, who was also part of Alt Balaji series, Boss, has another digital product up her sleeve. “I am playing a bar dancer in the new Rapchick app show. I got to sing and dance, so it was fun.”

“I am now looking to play juicy characters in both web and films, but unfortunately, I haven’t gotten my due so far.”