India’s most famous female comedy creator Prajakta Koli who is popularly known as MostlySane is an inspiration to many because she dreamed of being a Radio Jockey but she dropped it when a bigger and better opportunity presented itself and then YouTube happened to her. Her ‘lame video’ that she abruptly uploaded while she was interning at a radio channel ended up changing her whole career and what initially started as a hobby has now made her into a total whacky and a brand itself, on YouTube.

Recently, she attended India Web Fest 2019, India’s biggest and one of the most credible web entertainment platforms. The Fest was held at The Westin, Mumbai on August 21, 2019, and was curated and executed by IWMBuzz.com.

At the red carpet, Prajakta spoke about the fest and her panel. She also shared the first success video that made her happy and glad.

To know more about his thoughts about the web world. Watch the video! 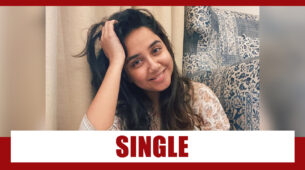