Ravi Dubey, Siddharth Khurana of Jamai 2.0 gets into a conversation with IWMBuzz.com 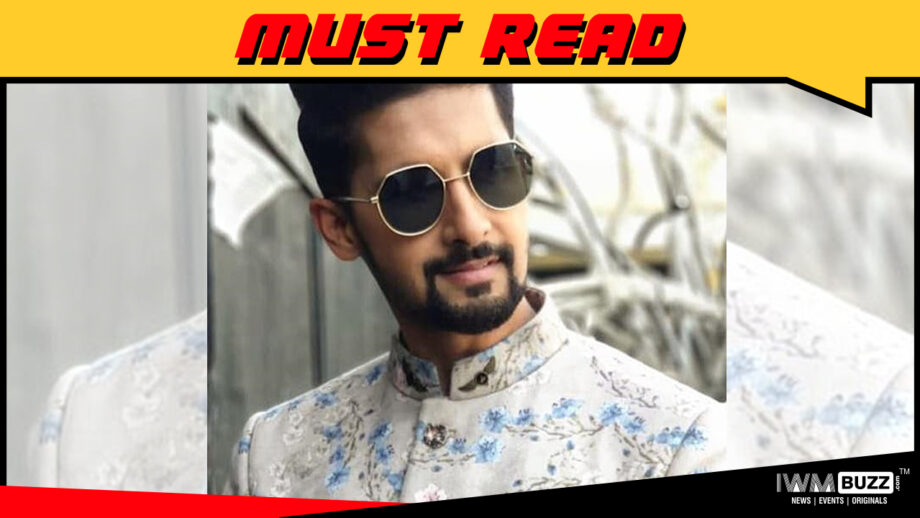 Ravi Dubey is back as Siddharth Khurana, the iconic character of Jamai Raja!!

Ravi has always reigned supreme in the roles he has enacted on TV. However, his fans have been waiting to see him return as Siddharth in this cult show. But with Ravi keeping himself away from doing daily soaps on TV, this looked a task which was impossible.

But the impossible has happened, and Ravi Dubey along with Nia Sharma are back as the formidable and loved Jodi, Siddharth and Roshni in ZEE5’s series Jamai 2.0.

In an exclusive conversation with IWMBuzz.com, Ravi Dubey talks about his desire as an actor and as a host and above all on Jamai 2.0

What were your thoughts when you heard for the first time about Jamai Raja being made for the web platform?

Jamai Raja has given all of us a fabulous journey. The TV version was certainly a game changer for everyone associated with it. This was just perfect. When this opportunity came by and the narrative was discussed, it was the perfect set up for everyone. I have out of choice decided only to engage in short term commitments. I personally feel that the intensity of an actor is in sync when you know where you enter and where you exit in a series, unlike an infinite commitment where you don’t know where the final point is. Also, Jamai 2.0 was the completely rebranded beta version of the show that we had done earlier for TV. Fans had kept the brand and the couple, that is Siddharth and Roshni alive. Not only keeping us alive, they also used to trend us at every given opportunity in Mumbai and India. It was amazing. I would say that the return of Jamai Raja is their victory more than ours. The way it has come back is huge. The reactions have been amazing till now, and I feel this might just open the way for many popular and loved shows to come back on the web platform.

With the return of popular characters and brand with Jamai 2.0, viewers are in for a very good surprise.

How different are Siddharth and Roshni in Jamai 2.0?

What can viewers expect now from the three loved characters of Siddharth, Roshni and DD?

As I said, the whole setup has changed now. The TV version saw the endearing Jamai going out of his way to mend things and his relationships. Here Siddharth is out to destroy everything, and that in itself is a completely different polarity. The dynamics of relationships will therefore totally change with respect to all three characters. With the return of popular characters and brand with Jamai 2.0, viewers are in for a very good surprise.

How did you pick the strings up for this contrast character of Siddharth?

There is a certain preparation that every character requires. The one thing that is common between the TV version and the present one is that he is completely earnest when it came to love. Here also, the very core of revenge is love. So Siddharth there and here, are quite earnest and focussed in what they want to do.

Fans have given so much of love for Siddharth and Roshni. And obviously the core of this relationship has always been the love and romance between them.

What were the challenges before you as you got into the shoes of the present Siddharth?

Rather than terming this experience as a challenge I will rather view it as an adventure, of getting into a newer and unexplored territory. Tell us about the element of romance in Jamai 2.0

Yes romance is certainly there and it was seen in the trailer too. We had breezy romance in the TV version too. Fans have given so much of love for Siddharth and Roshni. And obviously the core of this relationship has always been the love and romance between them. But the manner in which dynamics are changed here, id for people to watch.

I had taken up the call of staying away from infinite projects when the final episode of Jamai Raja aired.

It’s been a while since you took up a daily format show? What has been the reason for staying away from it?

As I said, I have refrained from doing infinite commitments. Any project is initially like a 100meter sprint. You can give your full power only when you see the finish line. I prefer to know when a project is ending. In the infinite space, there is certainly no idea on when it will end. As an actor, you can keep your creative intensity alive when you know where you stand and where you are headed to. While doing an infinite project, one tends to lose energy. I had taken up this call when the final episode of Jamai Raja aired. So I was very clear in my mind.

You have had your success stories as host. So how has that treated you?

It has been a beautiful journey. It is a very organic relationship that you have with your audience. You cannot lie before the camera as there are 20 of them in a reality space. There is no bridge that is formed by the script and this is the different between a fiction and reality. You are bare in front of the audience as host in terms of who you are. Apart from acting, I very much love the non-fiction space as host.

So which do you enjoy doing the most – acting or hosting, Ravi Dubey?

I am extremely happy with the advent of the web medium not just as a performer, but also as a consumer.

Ravi Dubey, What do you think about the web space?

Every decade has seen the advent of a new powerful medium of creativity. First it was the TV set, then came the Satellite TV, and now the web portals and OTT. The idea is to give more and more content to the viewers. I am extremely happy with the advent of the web medium not just as a performer, but also as a consumer. It gives me a lot of content to watch.

What do you feel about the bold content made available on the web?

The bold content needs to fit into the story to look good. If it is added just for the heck of it, it certainly can be avoided. If it is a requirement of your script, you got to flow with it. I don’t think you can shy away from it. But what you just need to understand is that, if you are loyal to your script, you will know whether it is required or not.

I love biopics, and enjoy watching them. I would love to be part of one such biopic.

Given a chance will you go for it if there is an overdose of sex, Ravi Dubey?

No, I will have to see the broader script. As I said, both kind of content engages masses. But when the selling point is the sex, it is tough to agree with it.

Is there any kind of a role or genre that has eluded you?

There are so many dream roles that people have. I love biopics, and enjoy watching them. I would love to be part of one such biopic. You get to change yourself into an individual you have reference for. This is the litmus test for an actor is what I would say.