Sanam Puri, an extremely running and really skilled pop vocalist notable for his looks and appeal. His relieving voice is winning billions of hearts. He is particularly known for his exceptionally famous melody ” Gulabi Aankhein” and ” Tu Hai Wahi”. He is a Vocalist in a notable band “SANAM”.

Sanam has no absence of female fans. Despite this, Sanam has lost his heart to Miss Nepal 2016 Asmi Shrestha.

Sanam Puri is dating this very beautiful and gorgeous Asmi Shrestha. As of late, both posted their pictures via web-based media. Recently, Asmi uncovered about her new relationship with Sanam Puri. She posted a photograph with Sanam on seventh May.

Indeed, Sanam additionally posted a lovely picture with his new romance. Officially, both announced their relationship via social media. A couple leaves no way to be together. They have posted a few photographs of their outing and appreciating each event with one another.

We congratulate this new couple and wish them a decent life.

For more such updates on Sanam Puri, Stay tuned to IWMBuzz.com 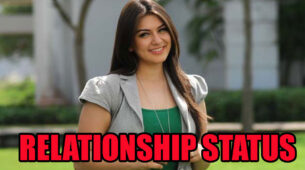