Nawazuddin Siddiqui is one of the most powerful actors who has set goals for the youth of the nation. He is the truest instance of how talent speaks. We loved his grand execution in different films altogether. As of now, he is one of the favourites in the country.

Besides being a big-screen sensation, Siddiqui has also made it big in the digital platform. With the rise of web series, we can’t deny how grand Ganesh Gaitonde was in the Sacred Games web series. Ganesh Gaitonde played by none other than Nawauddin Siddiqui, was exemplified with the right amount of thrill and power. Siddiqui did justice to the character, to the fullest.

Moreover, if we recall the character from the series, it will be evident how thrilling and scary the character was, that grew up within the norms of the society, where only powerful people talk. Today, we at IWMBuzz are up with some of the powerful dialogues, delivered by Nawazuddin Siddiqui as Ganesh Gaitonde in the series. 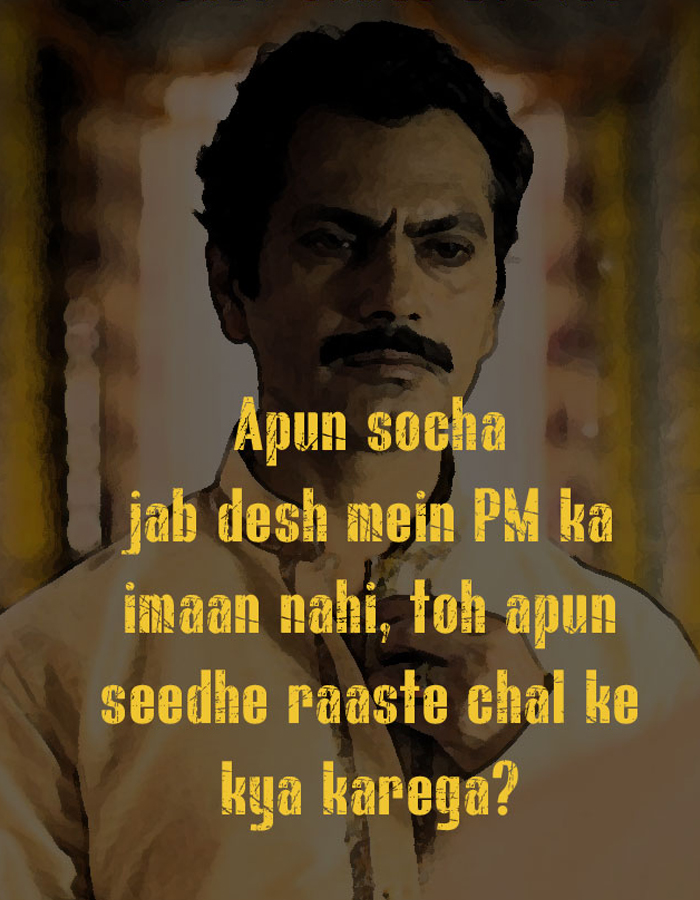