Rituraj Singh who is presently seen in the Sony Liv series, The Good Vibes talks about his role and his take on the content on offer in web space 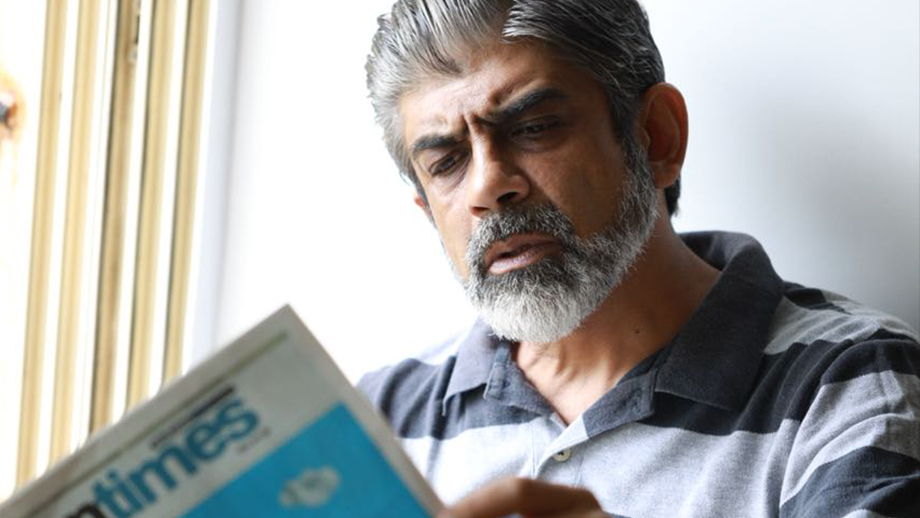 Veteran talented TV actor Rituraj Singh is taking a sabbatical from TV after Laado 2. Like many other actors he is toying with the digital format. After Maaya and Test Case, Rituraj is doing the Legrand web-series called The Good Vibes (Bohemian Films) which is streaming on Sony LIV and YouTube.

“It is a story of a newly married couple and their parents. I am playing Lakshya Tripahti (Naveen Kasturia’s) father who wants him, you guessed it right, get serious about his career. The cast is huge; we also have Anant Mahadevan, Mona Ambegaonkar and Kishore Shahane.”

“After playing very evil and over the top fathers, it was enjoyable to play an everyday normal dad. The story of The Good Vibes is very relatable, also unlike TV, here we have bound scripts in web. This took me back to the golden days of the tube (Banegi Apni Baat) which had set plots in place. Today everything is topsy-turvy and many a times what you shoot does not translate on screen, rather its edited version come out.”

Point out his loose body language and he says, “It was important to look like a man who had spent last many years of his life selling electrical appliances. I also made sure to wear simple clothes as people of his generation don’t have time for fashion.”

Looking ahead Ritz as Rituraj is called by his friends says, “I have two more web series in my kitty, but I will talk about it when the time is right.”

Besides web-series Ritz has also shot for a couple of digital commercials and short films. “I have also done an interesting cameo in a film. Bollywood is also on my radar; I am looking for juicy roles like my main villain avatar in Badrinaath Ki Dulhania.”

Asked about his exit from Laado 2 (Colors) after which Ritz is not very gung-ho about TV he says, “It was complicated. The show had huge expectations given the return of Ammaji (Meghna Malik), yet they bumped her character off. Also the rampant negativity of Balwant Singh Choudhary was beginning to get to me. I started wondering as to what kind of message I was giving out to society, as most of my fans are girl and young kids. “

“In a way this turned out be a blessing in disguise for it allowed me to try out other formats. I really love the writing style of web; it has given exposure to a whole bunch of talented people who were never given attention by film and did not want to do TV.”

“I will only do TV if something really juicy comes my way, till then I am happy with web,” he ends.