ZEE5’s The Final Call is a good way to start work on the web space: Harshad Arora
Digital | Celebrities

Harshad Arora who will be debuting on the web space with The Final Call, based on Priya Kumar’s book for ZEE 5 gets into a conversation with IWMBuzz.com. 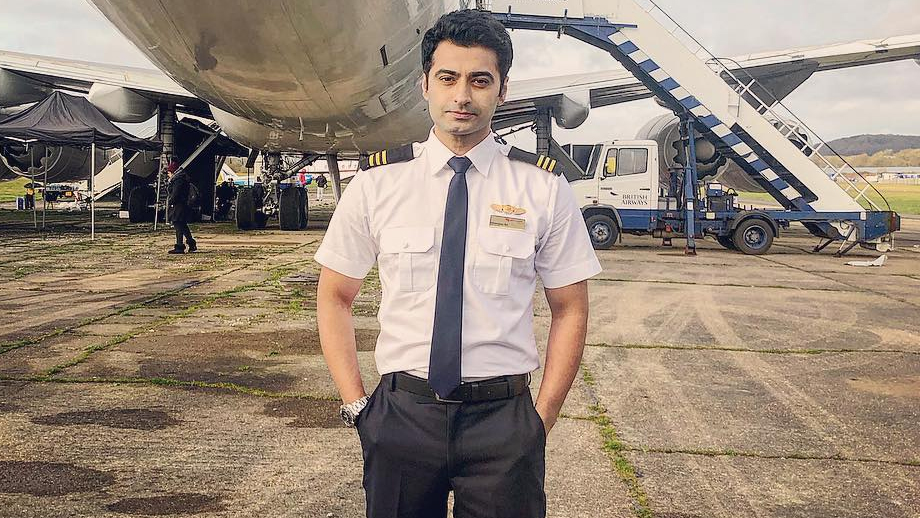 Talented and handsome Harshad Arora looks forward to a positive response for his first digital outing with ZEE5’s series, The Final Call which is based on the book of Priya Kumar.

Harshad who stole all the limelight for his work in Beintehaa has played lead roles in TV shows Dahleez, Mayavi Maling etc.

Says Harshad, “I wanted to be part of this huge ensemble cast that the series was shot with. There are lot of great actors, and it is a big-budget show. We shot in really good locations. The story is very interesting. So all said and done, this is a good way to start work on the web space. The teasers that are out have come out well. Arjun Rampal plays the protagonist. But there are lot of other characters as per the book of Priya Kumar, “I Will Go With You’.  I play an interesting character with respect to the story progression.”

“I cannot really disclose much about the character. The names of the characters have been adapted, and as you can understand, the book has different names. All I can say is that my character is one who is linked in the story pretty well. There are different stories running parallel in the series which are connected together in some way. The story is about life and death and the choices that we make. It has a very spiritual approach also. Lot of action and drama is involved,” he adds.

Harshad is happy to have been associated with a great technical team for the series. “Film Directors Vijay Lalwani and Nishikant Kamat have directed it. The way they shoot and narrate the story is so different. The DOP was from London; there were people in the technical crew from Czech Republic, London, Greece, India, Pakistan etc.”

Harshad plays the First Officer in the series and will play a full of life character. “He is a very lovable character. The whole idea is that he comes across as a nice and cute guy who is full of life. He tries to play around with everybody.”

Harshad who has played the protagonist in his TV career says, “I loved the story. And in a web-series format, everybody has a small part. With such an ensemble cast like Arjun Rampal, Neeraj Kabi, Javed Jaffrey, Sakshi Tanwar, it was fun working with them. I really learnt a lot.”

Harshad feels that television is unfortunately going through a bad phase right now. “The kinds of shows that are coming up on TV are the supernatural ones. I am really not looking forward to such kind of drama series right now. This was something different that was narrated to me. ZEE5 has been coming up with good work. My fans are looking forward to the series. I am eager to see how it comes up. I would love to do more work on the web platform. Having said this, I need to be comfortable with the script. On the web too, there is unnecessary promotion of web and explicit stuff which is not required. People think web-series is equal to sex and I don’t associate with it.”

These Are The Most Stunning Looks Of Arjun Rampal Rocking Casual To Tr...