Twisted 3 the Vikram Bhatt series will be directed by Abhishek Mamgain. Read here. Twisted 3 will be back and it will be huge this time around with a fresh and new cast and storyline being worked upon!!

Vikram Bhatt’s popular franchise this time around will have Jay Soni and Priya Banerjee as leads. Garima Jain, Shaleen Malhotra, Rohit Choudhary will be part of the series.

As we know, the earlier two editions of Twisted had Nia Sharma as lead and was directed by Anupam Santosh Saroj.

Here’s wishing Abhishek Mamgain all the very best for Twisted 3!! 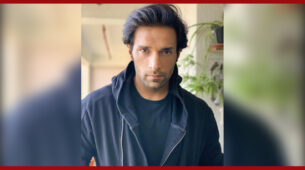 Rishi’s character is very real and he is a go-getter: Shaleen Malhotra on Mere Dad Ki Dulhan I want to do a romantic role in the near future: Shaleen Malhotra