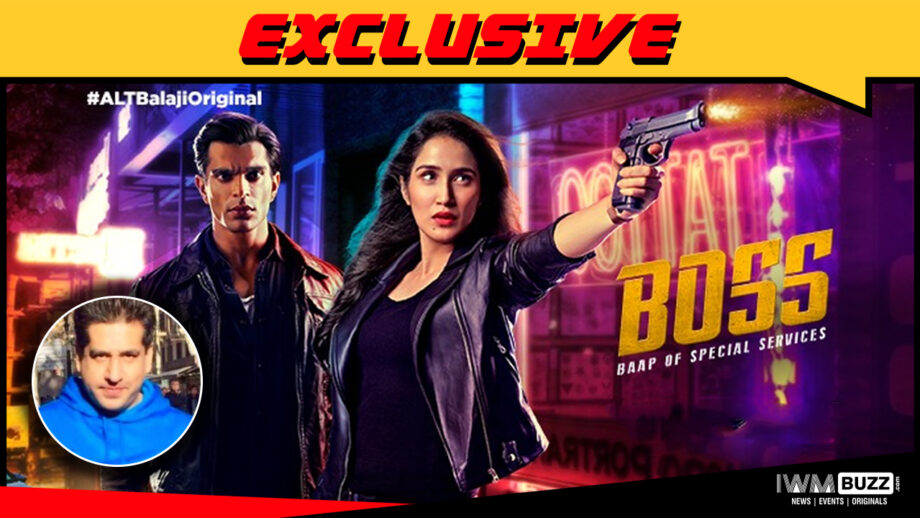 Season 1 was co-produced and directed by Ankush Bhatt, but now, if sources are to be believed, the baton has been passed to Sakett Saawhney and his banner Ekomkar Pictures, who has also produced Ekta’s other series Fixerr, starring Shabir Ahluwalia, Mahie Gill and Karishma Sharma.

Sakett confirmed that he is producing Boss 2. “It is too early to say anything more about the project, as the story is still in the scripting stages. While Karan and Sagarika will surely return as the main leads, there is no clarity on the rest of the cast.”

Ayaz Khan, Tarun Mahiliani and Gaurav Gera were the other important actors in the cast of Part 1.

Sakett refused to speculate on why he was roped in as Producer, “But yes, Ankush will continue to direct,” added he.

Season 1 had ended with Karan’s conman character escaping with his daughter, and Sagarika vowing to get him.

We hear that it was apparently a mutual decision taken between ALTBalaji, Ankush and Sakett in order to deliver the best.

We tried to get in touch with Ekta and Ankush, but could not get through to them.