War epic series, The Forgotten Army will be directed and produced by Kabir Khan; based on Subhas Chandra Bose’s Indian National Army 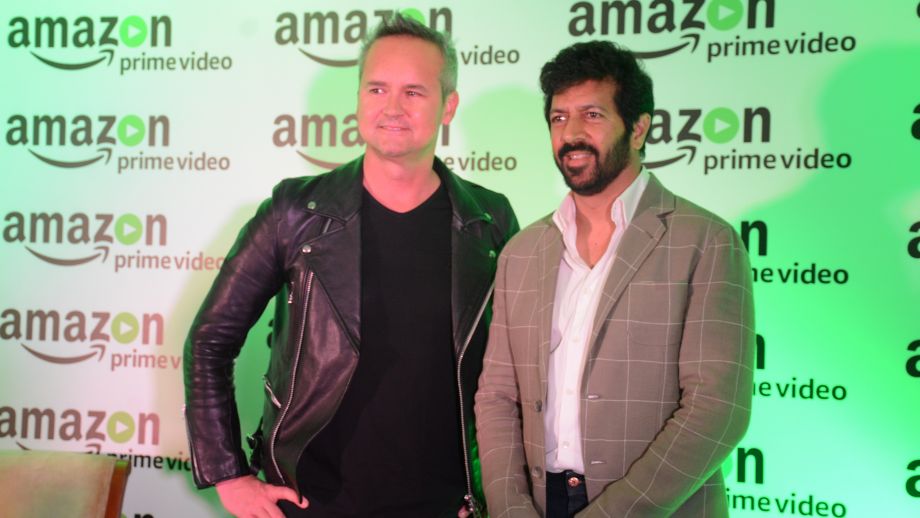 Amazon today announced an Indian original series based on Subhas Chandra Bose’s Indian National Army to be directed by one of Bollywood’s top directors and producers, Kabir Khan, creator of blockbuster movies such as ‘Ek Tha Tiger’, ‘Bajrangi Bhaijaan’ and ‘Kabul Express’. The Forgotten Army (working title) will mark Kabir’s Khan’s debut in OTT digital video services. The series is scheduled to start production by the end of 2017.

The Forgotten Army (working title) is a war epic, an Indian Band of Brothers of sorts, which will touch upon several stories, including the contribution of women in the Indian National Army.

“We had made a commitment to our Indian customers to deliver high-quality, binge-worthy shows that they’ll love to watch, and our association with Kabir Khan greatly reinforces our commitment towards this promise,” said Roy Price, Head of Global Content, Prime Video. “Our aim is to build a compelling line up of Indian shows, working with the greatest talents from the industry. Our association with Kabir Khan is one of the many such partnerships that India will see. We know our Prime members are going to love the epic war story being brought to life with Kabir Khan helming the project.”

“These are super exciting times for any content creator in India and I am elated to make my debut in the digital space with Amazon Prime Video’s India Original,” said film director and producer Kabir Khan. “Amazon Prime Video provides greater access to reach new and vast Indian audiences. They are also bringing in global talent and knowledge to collaborate with Indian scriptwriters and content creators to further hone their skills and know-how.  I am excited to make this truly international series which has a scale and reach far greater than any Hindi film.”

Based on true events, this series is about a war we were not told about and of soldiers we thought did not exist.  This series is the dynamic true story of the men and women who fought a heroic war for the independence of India as part of the Indian National Army which was forged out of British defeat in Singapore during WWII and led by the charismatic Netaji Subhas Chandra Bose. They fought against all odds and paid the ultimate price but they did not succeed… and against the dazzling success of Mahatma Gandhi’s non-violent movement to free India, they soon became the forgotten army.

Kabir Khan has many super hit movies and documentaries such as Beyond the Himalayas, The Forgotten Army, Kabul Express, New York, Ek Tha Tiger, Bajrangi Bhaijaan, Phantom and many more to his credit.  His film Bajrangi Bhaijaan was ranked the second highest grossing Indian film globally and was awarded the National Film Award for Best Popular Film providing wholesome entertainment in the 63rd National Films Awards. He is currently filming Tubelight, a movie based on the Indo-Chinese war, starring Salman Khan and Chinese actress Zhu Zhu.

To watch these and other new release Hollywood and Bollywood movies, US TV shows, kids’ programming and Amazon Originals, please visit www.PrimeVideo.com or download the Amazon Prime Video app today and sign-up for a 30-day free trial of Prime membership.