Sameer Nair led Applause Entertainment has added yet another feather to their cap with their upcoming digital series ‘Rasbhari’ – starring the critically acclaimed actress, Swara Bhasker. ‘Rasbhari’ is a coming of age love story, set in the Hindi heartland of small-town Meerut, with a very finely crafted script and brilliant dialogues. The captivating narrative traces the story of a class 11th student Nand and his growing infatuation for the new English teacher ‘Shanoo-madam’.

Swara Bhasker, who is fresh off her sizzling success in ‘Veere Di Wedding’ and is also well known for her performances in ‘Anaarkali of Aarah’, ‘Tanu Weds Manu’ and ‘Ranjhanaa’, will bring alive the enigmatic yet mesmerising character of ‘Shanoo’. Nikhil Bhat’s direction of the series truly compliments the local culture and aesthetic, as he did while directing ‘Saluun’ and ‘Brij Mohan Amar Rahe’. Shantanu Srivastava, the celebrated screenwriter of ‘Tevar’ and the upcoming ‘Badhaai Ho!’  is all set to impress the audiences with this riveting story, which is being produced by the very talented Tanveer Bookwala of Ding Entertainment. Swara’s co-star and enthusiastic teenager is Ayushman Saxena, who appeared in ‘Bombay Talkies’ and won hearts dancing on Dance India Dance Season 4.

Sameer Nair, CEO of Applause Entertainment, spoke about the series saying, “It started with a germ of an idea that Tanveer had, and it has turned out really well. I cannot praise Shantanu’s sparkling writing enough – with his delectable turn of phrase, delightful local dialect and wicked sense of humour, every character in this ‘coming of age’ love story comes alive. Headlining a terrific cast of actors, Swara plays the stern English Teacher who is the object of attraction for not only our young hero Nand, but the entire male population of Meerut. Director Nikhil Bhat and producer Tanveer Bookwala have truly created a gem for Applause Entertainment.”

Talking about her character, Swara Bhasker, playing ‘Shanoo’ in ‘Rasbhari’, says, “I am always looking out for roles which challenge me and satisfy my pursuit for creativity. ‘Rasbhari’ has been an amazing experience. With ‘Shanoo’ I was able to enjoy a role rarely seen on screen and I truly hope that her story is able to shine a light on today’s society. Applause Entertainment’s experimental initiatives are truly aiming to bring never-seen-before content to the Indian audience and I’m happy to be a part of it through ‘Rasbhari’.”

Tanveer Bookwala, producer, commented – “We’re very glad to associate with Sameer Nair for this exciting project. The idea for Rasbhari had been swirling in my head for a while. It is a new-fangled narrative that audiences will love. Apart from featuring Swara in a never seen before avatar, the show will introduce you to characters you’d love to meet, for real. ‘Rasbhari’ gave me a very authentic, shot-out-of-the-cannon experience as a producer to create a world outside my comfort zone”.

Nikhil Bhat, director commented, “’Rasbhari’ is a very well written story and it was a joy to direct. When Shantanu and Tanveer narrated the character of ‘Shanoo’, we knew Swara would be the perfect fit. Today’s discerning Indian audiences demand content that is gripping and entertaining, ‘Rasbhari’ is all of that. The core character was very well-developed and thought-out.”

Shantanu Shrivastava, writer added – “It was a very challenging task to write a story on these lines as we’re combining two genres in the series. The plot unfolds a little bit like an onion. We wanted the story to evolve as the audiences learn more about Shanoo’s character and build this story with a strong narrative. I had full faith in Swara and I knew that she’ll do justice to the character.”

‘Rasbhari’ will also see Rashmi Agdekar, Pradyuman Singh, Neelu Kohli and Chitranjan Tripathi in endearing roles. The premium digital series will be streaming soon for audiences to watch and enjoy. Sonam Kapoor VS Taapsee Pannu VS Swara Bhaskar: Most stylish star in Bollywood? 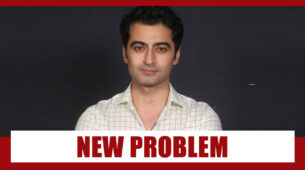