The series produced by Shrishti Behl has already gone on floor, and will stream very soon.

We now hear of noted actors Ashish Kaul and Karuna Verma being roped in for the web series.

As per sources, “Ashish Kaul and Karuna will play the parents of the boy who would be in love with Ronit’s daughter, Pooja Banerjee (Swim Team, Chandra Nandni).”

The series which has been penned down by talented actor turned writer Neena Gupta will talk of a man’s journey with his wife (Gurdeep) and the lady he is in love with outside his marriage (Mona).

Also, youngster Manraj Singh will play the guy opposite Pooja Banerjee and son of Ashish and Karuna’s characters. 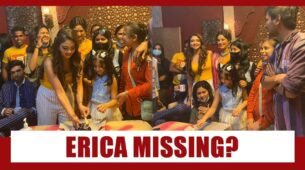