The ALTBalaji series will see this Bollywood actor in a crucial role. ALTBalaji’s historical rendition on the life and tale of the royal Mughal Queen ‘Noor Jahan’ also known as Mehrunissa will be the next big concept attempted on the digital space.

We are aware of ALTBalaji and Ekta Kapoor signing on the popular actor Mouni Roy to play the titular role of Mehrunissa.

Piyush Mishra, the NSD artiste does not need any introduction. The actor who gained popularity initially through Bharat Ek Khoj on TV has been part of many movies, a list that includes films like Jhoom Baraabar Jhoom, Gulaal, Tere Bin Laden, Lafangey Parindey, Bhindi Bazaar, Gangs of Wasseypur etc.

A credible source tells us, “Piyush will be playing the role of Akbar, father to Salim.”

The readings and paper work for this big historical has started with the casting process happening simultaneously.

We reached out to Director Ken Ghosh and Producer Ekta Kapoor but did not get through to them.

Watch this space for more updates. Are you excited to see this historical on the web space? Drop in your comments here. 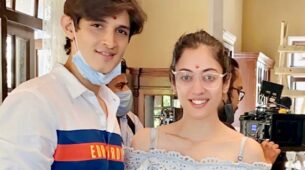