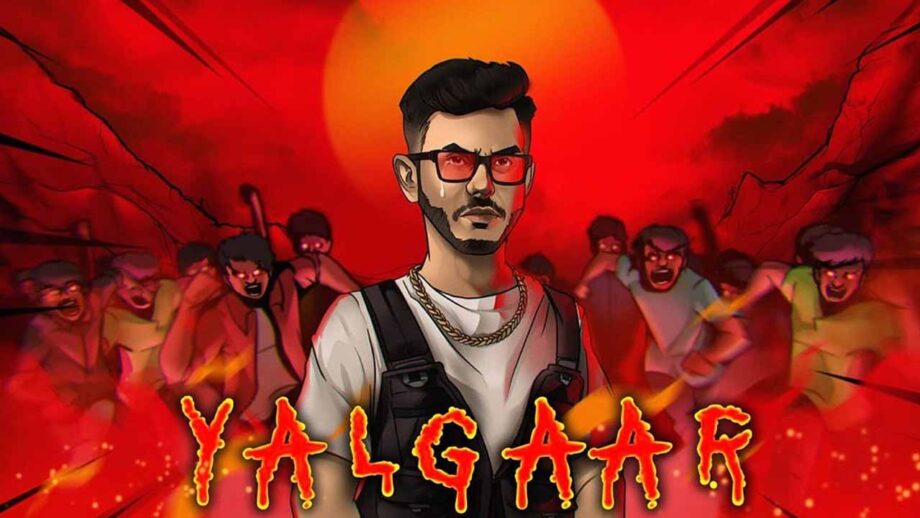 CarryMinati aka Ajey Nagar has been the talk of the town for his roast video called YouTube Vs Tik Tok. The video broke YouTube’s highest views record in just 24 hours and gained a lot of buzz. However, he roasted TikTok star Amir Siddiqui was removed from the platform for violating its ‘terms of services’

CarryMinati had recently shared a post of his new video, Yalgaar. CarryMinati shared a small teaser of the video, which has a lot of connections to the YouTube VS TikTok controversy.

The 1 minute 43 seconds long clip shows how the video will feature a timeline of CarryMinati’s journey in the past few days. The video begins with a small cut from his YouTube Vs TikTok video. It then focused on its journey by showing several screenshots that read how it became the most-liked Indian video in a couple of hours. It then shows how his fans reacted when his video was taken down by Youtube.

Now, yet again, CarryMinati took to Instagram and shared the picture of the teaser and captioned: “YALGAAR IS COMING!! Are you ready 😈”

YALGAAR IS COMING!! Are you ready 😈 Art: @thedominantside