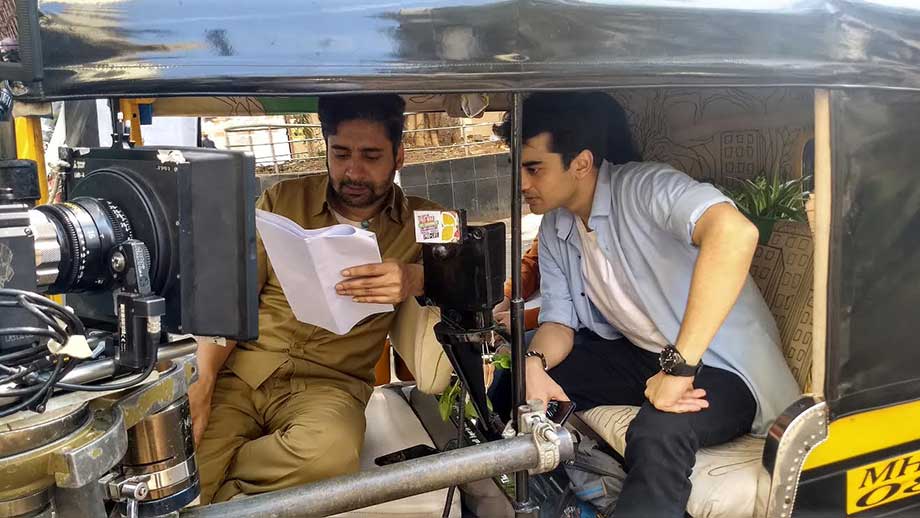 The series is slated to be an Environmental thriller, which starts off as a slice of life will eventually take a larger-than-life spin and Hassu’s character essayed by Chandan Roy Sanyal will evolve in tandem. Season 1 of Hawa Badle Hassu is slated to stream on SonyLiv and based on audience’s response, the series will expand further. It is being directed by Saptaraj-Shiva and co- written by Protiqe Mojoomdar who is also the Producer of the series.

Chandan’s Hassu is the protagonist and a humorous do-gooder Autowallah. Hassu drives around in the unprotected thick polluted air every work day yet he is driving on the least polluting fuel (CNG)! That’s why he becomes an interesting crusader for the environment and our planet, which is the heart of the idea.But, from the shadows of his regular light-hearted existence on the roads, springs a conspiracy that reveals his true mission, to the audience as well as to his character.

Talking about his character, lead actor Chandan Roy Sanyal said, “Playing Hassu was quite challenging as he defies the stereotype. An auto-rickshaw driver comes from a different background altogether roughing it out in the city, trying to make both ends meet, toiling day and night to gather up  frugal savings to send back home.  This is the usual image we have in mind. Hassu on the contrary has a lot of worldly wisdom. He has a lot of knowledge especially on environment and lectures his passengers on a more sustainable earth. Now this is something you don’t get everyday. The contrast per se is where the challenge lies. A lot had to be extracted from imagination, yet hinged on reality. I also went driving around Versova early morning, to get my rickshaw riding and body language right with the real auto rickshaw driver, sitting behind in a role reversal (chuckles)”.

Vikram Kochhar’s character comes from the other end of the spectrum. He portrays a suit-clad businessman prowling around town and adding to the intrigue quotient of the series as it progresses, he is one of Hassu’s passengers. Chandan’s and VIkram’s scenes together make for a treat to the audience.

Talking about the series, Handyyman’s Protiqe Mojoomder, Co-writer and Producer of the Series, stated, “This is a thoroughbred original idea with no reference points and so topical and urgent, that you’re surprised that very few are speaking or writing about it. Also come to think of it, Sci- Fi in our country is absolutely underexplored even on 70 mm, let alone the digital medium. Both the aspects-the platform and the idea of Hawa Badle Hassu are unique, because we are telling a tale that envisages actually saving Planet Earth from human beings and issues created by them (not aliens). It is also a genre bender with the way the climax pans out. I’m really pleased to be a part of such a refreshing project and hopeful of a really relevant conversation-starter”.