Instead of hosting a grand ceremony, the organizers decided to courier the trophy to winners keeping the Corona Virus in mind.

Director Ram Kamal Mukherjee was surprised to receive a courier a day before the 21 days lockdown announcement from Cafe Irani Chai International Festival with a note from Festival Director Mohan Das. “Keeping the ongoing Corona Virus and health concern of all the winners, we have decided to courier the certificates and trophies to the winners,” says Mohan Das. Ram Kamal Mukherjee won the Best Emerging Director for his bilingual Bengali/Hindi feature film Rickshawala. The festival was supposed to honour all the winners at a grand ceremony last week in Mumbai. International delegates and bureaucrats from Iran Embassy were supposed to attend the function. “We decided to have a very low key screening of the films for our jury members under proper sanitized ambiance. And instead of pushing the award ceremony we thought of sending the trophies at their address through courier,” added Das.

Ram Kamal’s film Rickshawala got applause from the jury members for simple yet impactful narrative of hand-pulled rickshaw drivers in Kolkata. The film marks debut of Bollywood actor Avinash Dwivedi in Bengali cinema. The music of the film also drew special attention. It’s a tribute to Om Puri and Balraj Sahani, who portrayed the role of a rickshwala in the City Of Joy and Do Bigha Zameen respectively. The film also stars Kasturi Chakraborty and Sangita Sinha as the female lead. Shot in Kolkata this film has been shot by Modhura Palit, the only women cinematographer to be honored at Cannes Film Festival in 2019.

While most national and international film festivals are being either cancelled or postponed till further notice, they decided to keep the festival on. “I am glad that they decided to honor the winners like this, it’s a wise decision keeping the Corona pandemic in mind,” says director Ram Kamal Mukherjee.

Most filmmakers are upset that major festivals are getting scrapped or pushed. They are taking social media to express their concern. “I can imagine the pain of an independent filmmaker goes through when such decisions are taken. Obviously we cannot risk human life, but at the same time the entire effort (creative and financial) goes down the drain when such unforeseen situation occurs,” says Ram Kamal. Incidentally, most award ceremonies are now planning to have digital award ceremony by announcing the winners and withheld the ground event ceremony till everything is under control.

Apart from Ram Kamal’s Rickshawala, Iranian film Daughters of Winter by Behzad Khodaveisi bagged Best Director Award. The film is about women in Iran who have time and again silently dreaded violence, war, poverty, and longing yet never seize to dream.

National Award winner Amaravaati by B R Giriraj won the Best Feature Film award, while Seema Biswas bagged Best Actress award for Abode (Idam) and Iranian actress Laeia Zanganeh bagged Best Actress for Women Who Run With Wolves.
“I am honored to be a part of this prestigious festival, as I have grown up watching masterpieces by Kiarostami, Makhmalbaf, and Majidi. They have inspired me in telling simple stories with stunning climaxes,” says Ram Kamal. 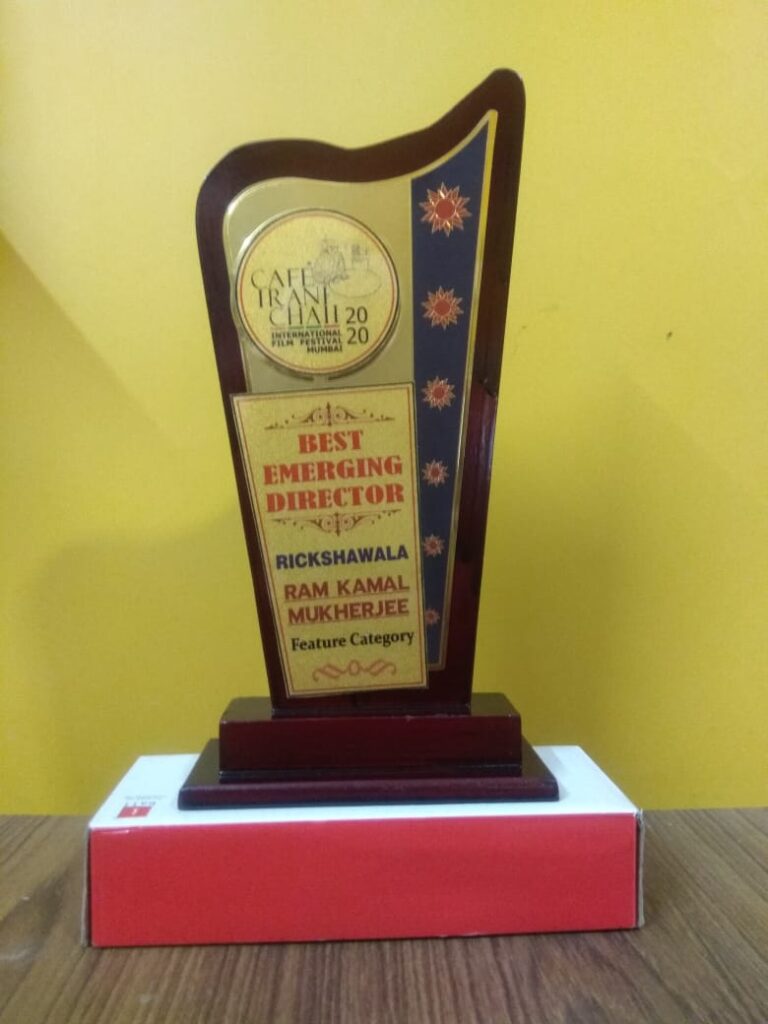