Find out the connect between Divyanka Tripathi and the newest character in Puncch Beat. Yesterday, Ekta Kapoor and Vikas Gupta introduced everyone to their jock boy all rounder, Siddharth Sharma aka Ranbir in the series.  Vikas Gupta’s newest characters will surely be the talk of the town very soon.

We now hear that today the extremely popular Divyanka Tripathi will introduce the next character of the series on social media!!

Well, the character has a big connect with the actress herself…

Also the makers wanted to give the screen name has Divyanka is a very much loved and respected figure in the entertainment circuit.

We buzzed Vikas but he remained unavailable for comment.

Are you all ready to meet the on-screen Divyanka Tripathi of Puncch Beat? Drop in your comments here. 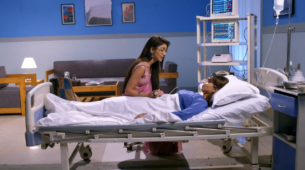