The new show, The Greedy Closet, is a rather fashionating concept for all out there

This is epic. It’s classy, stylish and absolutely revolutionary. It’s something which entertainment aficionados, especially TV lovers, have never seen before.

And the magic is being weaved by ever innovative, Shamsi Abbas Rizvi.

His previous chat-show, A Table For Two, has earned love of the masses and stars from the critics, internationally, that brought 27 of the biggest TV stars on screen for the first time ever at their candid best.

His next, titled The Greedy Closet, is a rather fashionating, concept for all out there.

Bollywood has been hobnobbing with the top fashion designers, but we haven’t seen our top TV stars sharing the screen space with them, much.

That is about to change, thanks to The Greedy Closet. It is not any run- of-the-mill concept. It brings together, on screen, 13 of India’s top fashion designers, with 13 of India’s most fashionable Top TV stars, for the first time ever, which will air on ZEE 5 and Zee International. The show is being hosted by actor, musician and celebrated Music Jockey Monica Dogra. 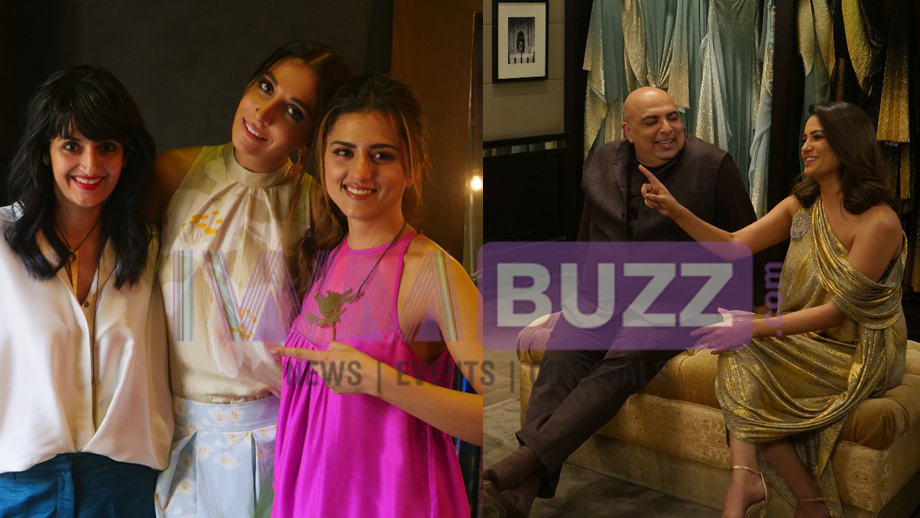 Says a source: “This is something next level. It’s going to be a cult project. It is literally like a long-awaited marriage between the fashion fraternity and the TV industry. Fashion and hot TV stars, when they come together, especially in never seen before avatar, it’s nothing but history in the making.”

We have been further told that that celebrated television stars, who have been breaking the internet with their uber cool, fashionable style statements, like Jennifer Winget, Karan Tacker, Mouni Roy, Ravi Dubey, Hina Khan, Nakuul Mehta, Sanjeeda Sheikh, Surbhi Jyoti, Karan Wahi, Sanaya Irani, Sargun Mehta, Erica Fernandez, Adnan Khan, Shaheer Shaikh, Nia Sharma and Ada Khan would be also appearing on the Greedy Closet. They would be discussing their personal fashion styling and seen having fun with the high priests and priestess of fashion, themselves.

This is one initative; we give double thumbs up for sure.