ALTBalaji and ZEE5 have charmed audiences aplenty with its diverse content. Now, they are all set to launch their new series ‘Bebaakee’.

The story of Bebaakee is based on the lives of Kainaat Sahni and Sufiyaan Abdullah, two contrasting characters with strong personalities. The show stars Kushal Tandon, Shivjyoti Rajput and Karan Jotwani in the lead roles.

Now, we hear actor Prakhar Toshniwal is also part of the project. Prakhar was last seen in TV show Ishqbaaaz.

We reached out to the actor and spokesperson of ALTBalaji, but did not get revert.

Also Read: Bebaakee is Ekta Kapoor’s dream project and if she has chosen me, it’s a huge compliment in every aspect: Shivjyoti Rajput

Later Prakhar replied, “I will be seen playing the role of Namik who is one of the notorious rich teens in the neighborhood. The series will portray his close friendship with Rahil (Pratik Sehajpal) and Hamid (Ishaan Dhawan). Labeled as the cool gang of our college, we often find our way out with everything using our stature and familial connections. Namik would play a crucial role in plotting and unraveling some secrets that would twist the dynamics of the storyline.” 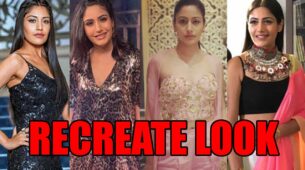