Talented actress Jaswinder Gardner has been brought on board the new season of ALT Balaji’s Karrle Tu Bhi Mohabbat. ALT Balaji’s upcoming season of the popular web-series Karrle Tu Bhi Mohabbat will bring back the adorable chemistry of Ram Kapoor and Sakshi Tanwar on the digital platform.

IndianWikiMedia.com has been giving our readers exclusive new developments from the set of the series.

Now we hear of noted actress Jaswinder Garnder playing an important role in the web-series.

The actress as we know, will also be seen in Sony TV’s upcoming show to be produced by Prateek Sharma, titled Ek Deewana Tha.

As per sources, “Jaswinder has started shoot for Karrle Tu Bhi Mohabbat.”

We buzzed Jaswinder, but she did not respond to our calls. I see no reason why feature films can’t be released on OTT: Manoj Bajpayee 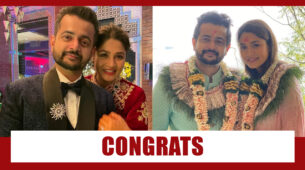