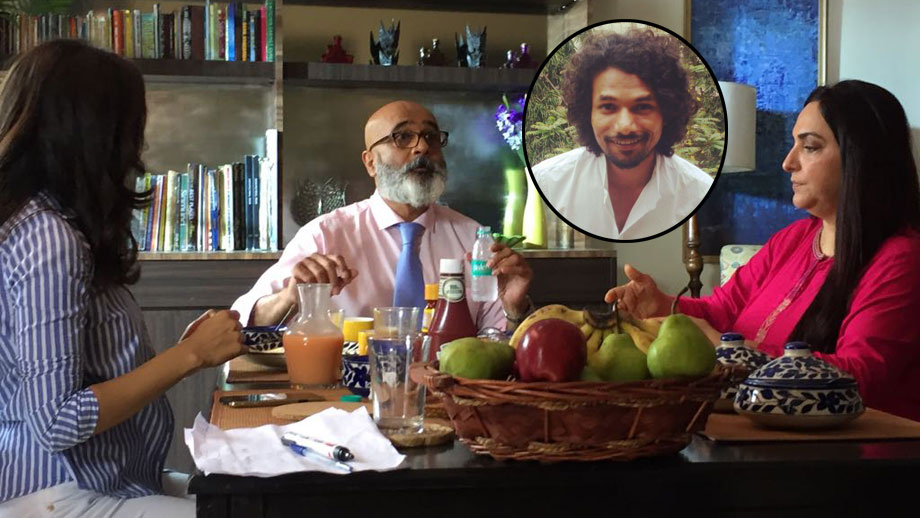 Jitendra Rai, the award-winning short film maker is all set to enthral digital viewers with an amazing and touching short film on the occasion of Father’s Day titled, ‘Beardo the Portrait’. Acclaimed Casting Director Taran Bajaj has cast for the short film.

Starring in the short will be noted actor Sanjay Nath, Suparna Marwah, Vishal Singh and Heer Kaur. The story is about how the dad’s rules don’t match yours, but even then, his heart beats for you!!

Through the short, Director and maker Jitendra Rai gives out the strong message of how a father always roots for his kids, come what may!!

Playing the father here and giving an exceptional performance in Sanjay Nath while Suparna plays his wife. The conflict of the father and son has been clearly depicted by actor Vishal Singh who plays the son, who remembers his father’s words in success. Heer Kaur completes the family as the daughter.

As for Jitendra, he has been assistant  director to Amole Gupte in movies Stanley Ka Dabba, Hawaa Hawaai, and with Vishal Bhardwaj in Matru Ki Bijlee Ka Mandola.

Jitendra’s earlier short film Cup of Tea was selected in 100 International Film Festivals and even won 20 awards worldwide. Jitendra works hard on his casting skills too and works closely with new talent, especially kids. His other short film includes Nanhi Neend with Vidya Malwade. He is also a theatre personality, having shared screen space with Makrand Deshpande.

Says Jitendra, “I always work closely with people and what I observe in day-to-day life. This short film is about conflicts that everyone faces in life. This short of Beardo comes from a very simple thought, which is relatable to one and all.”

Talking to actor Sanjay Nath who plays the significant role of the Father in the short, he states, “Taran Bajaj is a highly rated Casting Director. It was a great honour to be offered this role. I related to it as a father to a 23 years old son and by and large, most fathers would be concerned for their sons’ future.”

“Pulling off a story in a short format is always a challenge for everyone. The Director Jitendraji is very sorted and I am grateful to him for believing in me and giving me creative liberty.. Overall acting is all about relating to the script and character in totality. Brilliant writing by Ashutosh and a lovely D.O.P. who captured the subtitles, which make magic.” Yeh Rishta Kya Kehlata Hai: Times when Akshara and Naira had fun with Naitik and Kartik