Kubbra Sait who was recently seen in Netflix’ Sacred Games will be part of the upcoming series on ALTBalaji on the Nanavati case. Kubbra Sait the talented model and actress who won laurels recently for her portrayal of Kuckoo in Netflix Originals’ recent successful series Sacred Games will be part of ALTBalaji’s next!!

Kubbra will be part of ALTBalaji’s hard-hitting courtroom drama based on the Nanavati Vs. State of Maharashtra case.

As we know, the series titled The Verdict – State Vs Nanavati, is spearheaded by Samar Khan and Subhash Kapoor with Director Shashant Shah directing it.

We at IWMBuzz.com have already reported about Tumhari Sullu fame actor Manav Kaul essaying the role of Kawas Nanavati. We now hear of Kubbra playing a pivotal role in the series.

As per sources, “Kubbra will play the role of Maimie Ahuja, sister of Prem Ahuja who was shot by Kawas Nanavati.”

We buzzed Kubbra but did not get through for a comment.

As for Kubbra, she has been part of movies Jodi Breakers, Sultan etc. On the web space, she has featured in Fourplay and Going Viral Pvt. Ltd. in addition to Sacred Games. 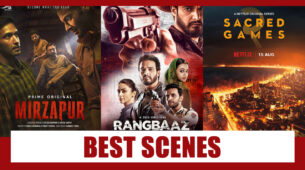