There was a hooligan attack on the sets of ALTBalaji series Fixerr as few goons barged in and destroyed the set. 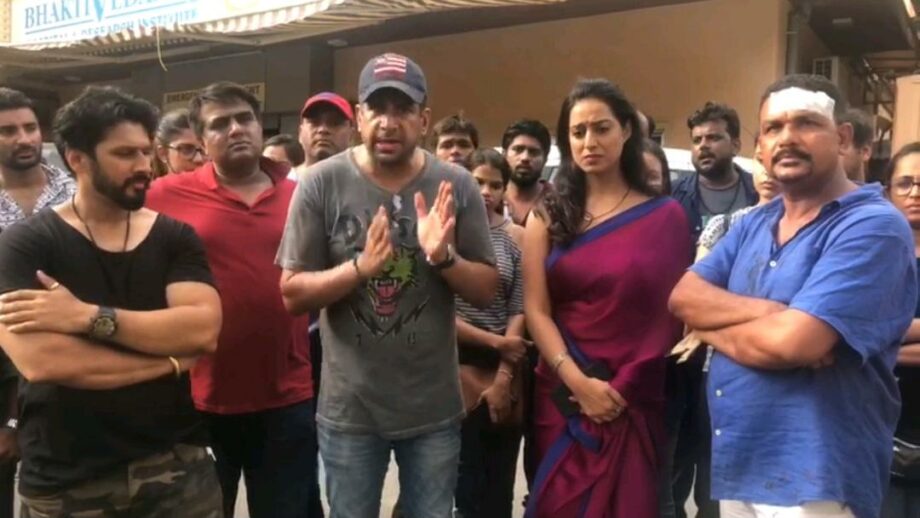 The sets of ALTBalaji series Fixerr produced by Soham and produced by Sakett Saawhney’s Ekomkar Pictures had a bizarre and shocking look this evening when a set of 5-6 ruffians barged in and created huge chaos.

The set at Mira Road was literally attacked when the group of men came in with sticks in their hands.

Actors Mahie Gill and Karishma Sharma were present at the set when it happened and they looked shocked seeing the development.

It is believed that the goons went on a rampage and destroyed the set. They also man-handled the actresses present on the set. It was a violent intrusion overall.

We at IWMBuzz.com contacted Producer Sakett Saawhney who confirmed the news saying, “Yes, we are taking the case to the police. Such nefarioius activities should be condemned.”

Check out the video here.

Pls make this video as viral as possible as its very important for the entire film industry. There is goodaism in open going on in mira road. Biggest stars are shooting everyday this can happen to anyone. Industry needs to come together??? #letsstandtogether #movie #industry #bollywood @manav.manglani @viralbhayani #letsmakethisviral #ishakoppikar #spreadtheword … My unit for my upcoming web series #Fixerr

We hope things get resolved on the set of Fixerr.