Pritish Nandy Communications will come up with a web-series for Amazon Prime. Pritish Nandy Communications will showcase its charisma and connect with the masses via a web-series to be streamed on Amazon Prime.

Titled ‘4 More Shots Please’ the web series will be shot in Mumbai and Goa.

The web-series will have some big names playing crucial roles.

IndianWikiMedia.com brings to you exclusive information.

As per a credible source, “The actors have begun shoot in Mumbai. The web-series is being helmed by Rangita Pritish Nandy and directed by Anu Menon.”

We buzzed Milind but he was not reachable.

We reached out to Sayani Gupta, but she was busy and could not talk to us.

We reached out to the spokesperson of Rangita Nandy who refused to comment.

Watch this space for more exclusive updates on the TV and digital world. 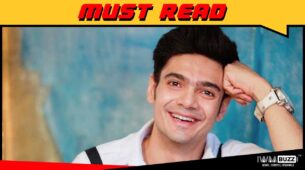 I am leading a disciplined life during this crisis: Kirti Kulhari