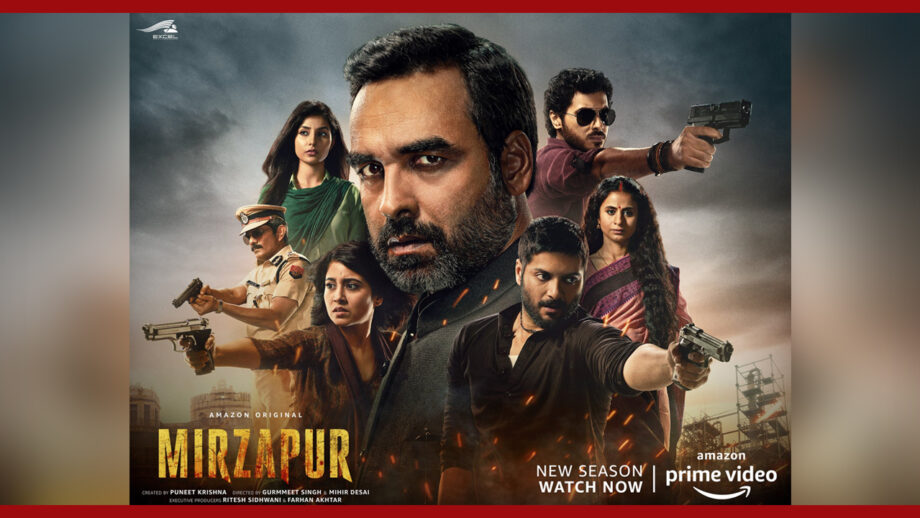 It can now be told. Yes, there will be a third season of Mirzapur, the Amazon Prime series that has broken all records among the webseries of India by becoming the most-watched Indian digital series of all times.

Pankaj Tripathi who plays the patriarch in a family of political assassins says he has never seen such craze for any of his serials or films before this. “The curiosity and excitement for the sequel to Mirzapur was beyond anything I’ve seen. Anywhere that I went I was asked about ‘Kaleen Bhaiyya’ the character I play in Mirzapur2.I haven’t encountered such curiosity for any of my other characters.”

The craze for the other characters in Mirzapur is also beyond anything we’ve seen on the OTT platform. Sources from Amazon Prime reveal that the budget for Mirzapur 2 was more than twice what it was for the first reason.

“Every principal actor has been paid nearly double of what he got in the first season.Characters like Kaleen Bhaiya, Guddu and Munna(played by Pankaj Tripathi, Ali Fazal and Divyendu Tripathi) are more popular than large-screen heroes in high-budget action films,” comments a source.

While the first season of Mirzapur was budgeted a meager Rupees 12 crores, the budget for Mirzapur 2 is nearly 60 crores, and Season 3’s budget will be hiked by atleast 30 percent.