Hotstar Special series Special OPS produced by Friday Storytellers and directed by Neeraj Pandey and Shivam Nair will have a stellar cast.

The series which will be a suspense thriller has been shot in many parts of India. The team is presently working out its shoot schedule in Jordan.

Now we hear of the gorgeous Bollywood actress Saiyami Kher playing a crucial role in the series.

We buzzed Saiyami but did not get through to her.

We reached out to the spokesperson at Hotstar but could not get revert. 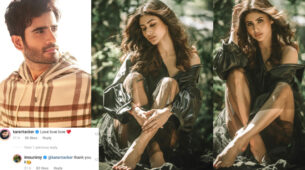 2020 taught me to be more grateful: Saiyami Kher