Netflix original series Leila will be streaming on 14 June.

The platform recently released a teaser, in which Huma Qureshi can be seen as Shalini, a mother who embarks on a quest for her daughter in a dystopian future.

Based on Prayaag Akbar’s 2017 novel of the same name, Leila has been directed by Deepa Mehta, Shanker Raman and Pawan Kumar. The cast also includes Siddharth, Rahul Khanna, Sanjay Suri and Arif Zakaria.

Now, we have learnt that talented actors Neha Mahajan (Simmba) and Seema Biswas (Bandit Queen) have joined the ensemble cast.

We buzzed the actresses but they remained unavailable for comment. 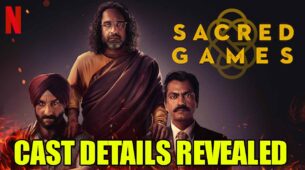