IWMBuzz is back with another piece of exclusive news from the rapidly growing entertainment industry.

Earlier in the day, we wrote about Siddharth P Malhotra’s banner Alchemy Films coming up with a web-series for the platform MX Player.

Titled Pavan and Pooja, the series has a fabulous cast.

Actor and Director Mahesh Manjrekar and versatile actress Deepti Naval are playing important roles. The series as reported in media will also have Sharman Joshi and Gul Panag.

As reported by us, the series will depict the tale of Pavan and Pooja, in three phases.

Now we have learnt that young Taaruk Raina, upcoming Yashraj actor, and Natasha Bharadwaj are also signed for the show. The two will be seen in prominent roles. Natasha is a newbie and is a successful model.

We buzzed Producer Siddharth Malhotra but could not get through to him.

We reached out to the spokesperson at MX but did not get revert.

Siddharth, as we know, is a revered figure in the world of entertainment who earned rave reviews for his directorial work in Hitchki. 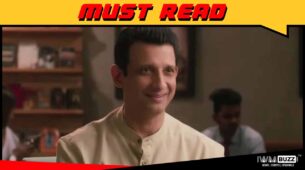 I was honored and happy to work with Asha Negi as she is a fine actor: Sharman Joshi